The state government’s tight 2014 budget and widespread job cuts in the resources sector have put the clamps on positive sentiment in the property sector, according to the Property Council of Australia. 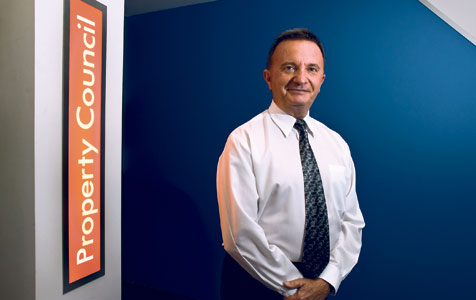 The state government's tight 2014 budget and widespread job cuts in the resources sector have put the clamps on positive sentiment in the property sector, according to the Property Council of Australia.

The Property Council/ANZ Property Industry Confidence Survey showed the WA index fell from 128 to 123 in the current quarter, while Australia-wide the confidence index remained largely steady.

"The spike in the land tax rate and the drop in infrastructure spending in the state budget are seen by the industry as an indication its concerns and interests are not being recognised by the government," he said.

"The property sector knows that more action needs to be taken by government to develop a vision to keep WA growing after the mining boom."

However, the negative sentiment was largely contained to commercial property, with retail and industrial confidence remaining high, Mr Lenzo said.

"The negativity around office capital growth expectations are as anticipated, as that sector recovers from the downsizing of businesses after the mining boom," he said.

"The outlook for WA's property industry is positive, however it is clear that only through the government reforming taxes and its infrastructure provisioning processes, will it be possible to ensure the property industry's contribution to the state's economic growth is maintained during this period of transition and structural change in the mining and energy resource sectors."