THE developers of what will become Perth's tallest residential tower remain confident the project will be completed by the end of the year. 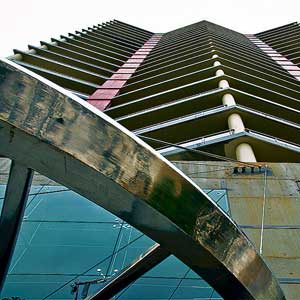 THE developers of what will become Perth's tallest residential tower remain confident the project will be completed by the end of the year.

Developers of the Condor Tower, located at 22 St Georges Terrace, say the development will be completed by December, with settlement to commence soon after.

More than one-third of the 172 apartments in the development are reportedly yet to sell, with the developer, Condor Developments, said to be holding on to between 15-20 apartments as part of developer's stock.

Total sales revenue for the project has reached $115 million, even though active marketing ceased about 12 to 18 months ago.

With most of the apartment fit-outs completed, he said work was still to be done on some of the development's common-use facilities.

A number of buyers spoken to by WA Business News said they had become frustrated by project delays, with some who bought off the plan almost four years ago yet to receive a formal completion date.

But Mr Albonico said he was confident of reaching the December completion date, a few months behind the original proposed completion target.

At 29 storeys, when completed Condor Tower will be the Perth CBD's highest residential apartment tower.

Among the other proposed developments vying for the tallest-development title, Saville Australia's Altus project is under a cloud after being hit by escalating costs and difficulties finding a builder.

The $135 million, 32-level Altus Tower was fully sold off the plan, and some buyers have already been refunded their deposits.

Saville reportedly approached another developer to enter into a joint venture arrangement, but the offer was declined.

Saville also ran into trouble with its proposed $54 million Luxxo apartment development, with the site reportedly now up for sale.

Meanwhile, its $95 million Saffron project on Adelaide Terrace is less than a month away from completion, with all but a handful of apartments sold off the plan.

Mr Wright said prices for the apartments, originally on the market at $525,000 for a two-bedroom two-bathroom apartment, were also cut by around 10 per cent to entice buyers.

"We knew the market had to correct itself eventually," he said.