A plan to hold concerts at Fremantle’s historic Arthur Head has been given a leg-up, with the City of Fremantle backing a trial by music promoter Sunset Events. 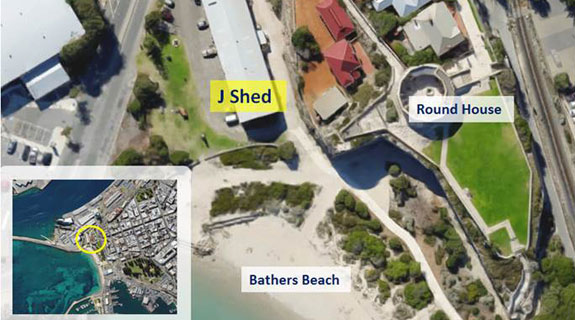 A plan to hold concerts at Fremantle’s historic Arthur Head has been given a leg-up, with the City of Fremantle backing a trial by music promoter Sunset Events.

Subject to state government approvals, Sunset Events will trial concerts at Arthur Head over the next two years, with the City of Fremantle backing nine live music events each summer, and three each winter.

The concerts, to be held in a designated area within and adjacent to the J Shed, will be limited to 1,000 punters.

Fremantle Mayor Brad Pettitt said the temporary arrangement was a good way to attract more people to the area ahead of discussing a more permanent agreement.

“Arthur Head is a hidden gem in Fremantle and has so much history and character, but I think everyone agrees the area in general would benefit from attracting more people,” Mr Pettitt said.

“The decision to support this is based on council’s overall vision for the Arthur Head precinct to become a major arts and cultural attractor.

“With music the key focus of the application, we believe Sunset Events’ proposal fits in well with this vision.”

Mr Pettitt acknowledged there had been some concern from residents in close proximity to the area, but said the trial arrangement would be a good litmus test.

“It should be viewed as a trial first and foremost to make sure the concept works in terms of the benefits it brings to the West End of Fremantle and to Fremantle more broadly,” he said.

Sunset Events, which promotes large music festivals like the West Coast Blues N Roots, Groovin’ the Moo, Southbound and Stereosonic, has been building its presence in Fremantle since l February last year, when it entered a 21-year lease to develop the J-Shed Area.

That lease was approved by the lands minister in May this year.

Sunset Events is planning a craft brewing and food operation at the J-Shed, with the venue to have a strong emphasis on live music and other creative arts.

The promoter has applied for a temporary special event licence to trial its concept, with permanent approval for the venue subject to a development application and the granting of a liquor licence.

Only if those approvals are met will Sunset Events commence construction works.

The City of Fremantle has also given its support to Sunset Events holding private events at the J Shed, including art exhibitions, fashion shows and gala dinners, for up to 400 people.

Sunset Events has also taken over the Fremantle Artillery Drill Hall, which is more commonly known as the Fly by Night club.

Its plans for the venue include a food and beverage venue in the adjoining two-storey brick building, while also making a significant investment on heritage works.