A proposal to limit medium-density housing has not been well received by the residential development industry. 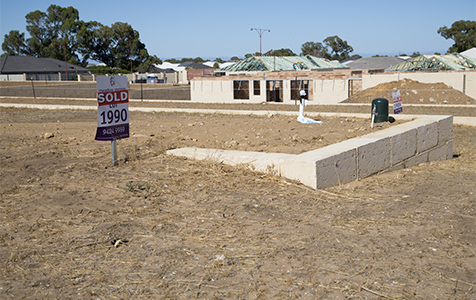 A proposal to limit medium-density housing has not been well received by the residential development industry.

Industry players have warned a fresh proposal to revamp the R-Codes system would stifle the rollout of diversified housing product in Perth, leading to more urban sprawl and added affordability pressures.

The Western Australian Planning Commission’s statutory planning committee has recommended changes to the R-Codes scheme, which determines how many dwellings can be developed on single parcels of land.

The proposed changes would affect land zoned R30 or R35 and, if approved by the WAPC, would require multi-unit developments on such blocks to have the same site area and open space requirements as single homes and grouped dwellings.

For R30 areas, the site area per multiple dwelling has been recommended to be limited to 300 square metres, and 260sqm for areas zoned R35.

In 2010, the WAPC changed the requirements for R30 and R35 to be based around plot ratio, rather than a site area per dwelling measure.

The plot ratio system allows an increased number of multiple dwellings on any particular lot.

For a 900sqm site, coded R30, a 0.5 plot ratio creates a floor space of 450sqm, which could accommodate up to six multiple dwellings at 75sqm each.

On the same site without the plot ratio control, a maximum of three dwellings would be permitted.

According to WAPC documents, local governments raised concerns that the plot ratio system had resulted in inappropriate development, which has had a negative impact on predominantly single-home neighbourhoods.

Other concerns raised include increased pressure on local services from a higher population, and resident and visitor parking problems.

However, a Housing Industry Association submission to the Department of Planning regarding the proposed changes described those complaints as inadequate and requiring further justification.

“To affect the yield of land and vary open space requirements across multiple R-Codes, seemingly without any housing analysis or modelling, is particularly concerning to HIA,” HIA executive director WA John Gelavis said in the submission.

Momentum Wealth managing director Damian Collins described the move as a retrograde step that flew in the face of the state government’s planning guidelines, Directions 2031.

Released in 2010, the guidelines prescribed for 47 per cent of new housing built by 2031 to be constructed in established areas.

Mr Collins said that target would be extremely difficult to achieve if the proposed changes were approved.

“This zoning change will potentially put on even more constraints for developers, so in a large part of Perth, we’re going to get limited housing choice,” Mr Collins told Business News.

“No-one is suggesting that medium or high density should be in every street or every suburb, but we’ll be back to stock standard duplexes and triplexes.”

Mr Collins said the proposed changes would also have a marked effect on housing affordability.

“We’re looking at a villa development in Dianella for a client, and the end value of those villas are around $700,000-plus, in an area zoned for villas only,” he said.

“If you could do multi-residential properties, you could come in with a price point in the low $400,000s.

“Basically it has completely wiped out everybody who doesn’t have a budget for that area.”

Mr Collins said the effects would not be confined to first home buyers, but would also extend to those looking to downsize their homes.

“Part of their retirement plan will be to downsize from their bigger suburban homes into something smaller, and most of these people want to stay in their existing areas,” he said.

“If they don’t have the housing choice, a lot of people coming at the front end won’t be able to enter the market, and those who haven’t got enough super will be in the same boat.”

Altus Planning & Appeals director Joe Algeri said he also believed the changes to be at odds with all the other policies and announcements that generally come at a state government level.

Mr Algeri said the proposal seemed to be aimed at trying to appease local government authorities and would result in increased urban sprawl.

“There probably has to be a lot more precinct planning where you identify suburbs and certain localities as being more optimal for multiple dwelling developments and there might be some instances where, for example, you would want to leave an intact streetscape alone because it has got highly desirable housing stock or there might be some other consideration,” Mr Algeri told Business News.

“But to simply say across the board ‘let’s take out multiple dwellings or revert to the traditional method of calculating the potential yield of multiple dwellings at certain densities’ is a retrograde step, which is not looking to the future but to the past.”

TPG Town Planning, Urban Design and Heritage managing director David Caddy described the proposal as a knee-jerk reaction to complaints from local authorities, which, if approved, opened the door for further R-Code changes.

“The danger I see, is that once local government gets its way and R30 and R35 are limited, then they’ll start attacking R40 and R50,” Mr Caddy said.

“If you had a larger site and you’re developing 12 units for example, you’ve got to have some one-bedroom units in there.

“So if you want to do that on an R30 site and you’re allocating 300sqm for each unit, you’re not going to build one and two-bedroom units.

“On the one hand they’re trying to create housing diversity and choice, whereas this is going to limit it, there’s no doubt about that.

“The commission is taking up a knee-jerk reaction to a perceived local government problem.”