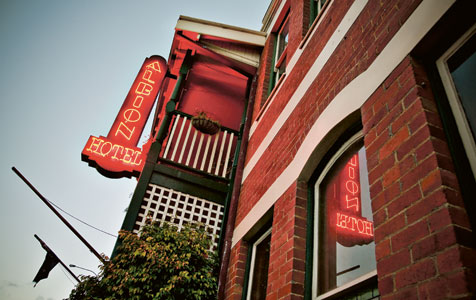 The Albion Hotel in Cottesloe was one of 12 prominent watering holes once controlled by the Compass Hotel Group.

Mr Northcote was convicted in Sydney’s Distric Court yesterday, on two counts of submitting false documents and a third charge of withholding information.

He pleaded guilty to all three charges.

The Australian Securities and Investment Commission said the offences occurred between October 2007 and April 2008.

The offences centred around Mr Northcote’s private company, Yard House Australia and New Zealand, which entered an agreement with a hotel broker under which it would receive 50 per cent of all sales commissions paid by the Compass group to the broker.

Yard House received more than $1.5 million in commissions, of which Mr Northcote, or companies controlled by him, received around $1.1 million.

At 10 separate Compass board meetings between December 2007 and August 2008, Mr Northcote failed to declare his interest in Yard House, while he also submitted documents to ASIC in October 2007 that claimed he had resigned from the company.

Mr Northcote was sentenced to two years’ jail on the charge of breaching director’s duties, and one year imprisonment on each count of submitting false documents.

The latter two sentences will be served concurrently with the first, meaning Mr Northcote will spend two years in jail by way of an Intensive Correction Order.

“One of ASIC’s primary goals is to ensure fair and efficient markets and this can only be achieved if company directors act appropriately,” ASIC commissioner John Price said.

“Directors abusing their position to dishonestly gain a personal advantage run the risk that ASIC will identify the conduct and bring criminal proceedings against them.”

The matter was prosecuted by the Commonwealth Director of Public Prosecutions.