Industrial Construction Services has been hit with a $320,000 fine, almost five years after a teenage worker fell 12 metres to his death at the General Post Office building in Forrest Place. 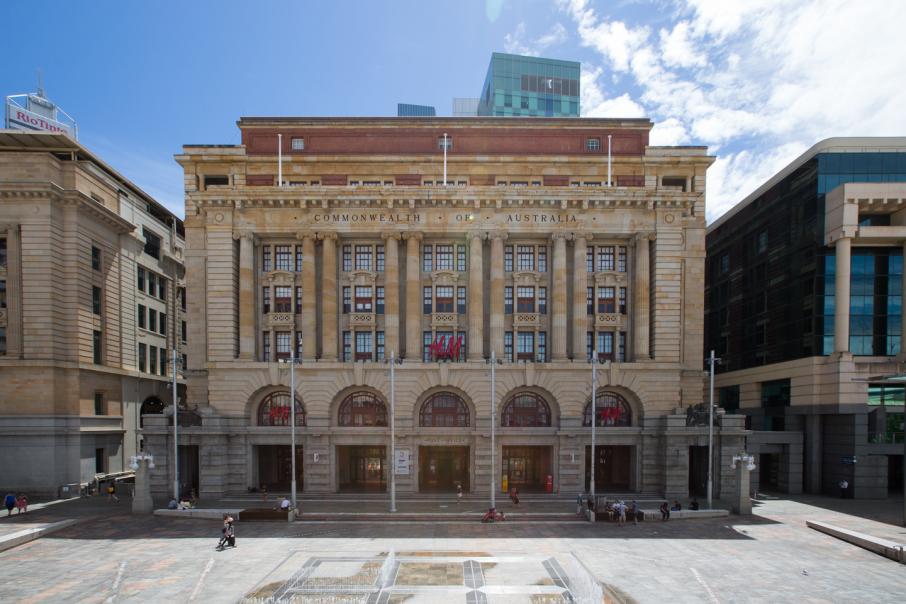 Industrial Construction Services has been hit with a $320,000 fine, almost five years after a teenage worker fell 12 metres to his death at the General Post Office building in Forrest Place.

The company was engaged to construct and install an atrium roof between the second and third floor of the GPO building in 2017 when it was being converted into a H&M store.

About 4.15am on January 4, 2017, 17-year-old Wesley Ballantine had been installing the glass panels in the atrium roof when he fell 12 metres to the ground floor through a void in the framework.

Industrial Construction Services was found guilty of failing to provide and maintain a safe work environment and, subsequently, causing the death of Mr Ballantine in Perth Magistrates Court yesterday, a crime which carries a maximum fine of $400,000.

WorkSafe WA commissioner Darren Kavanagh said the incident constituted a serious failing on ICS’s part, with no adequate risk assessment for the glass installation and no safe work method implemented.

A manager at the site had secured plywood boards on top of the steel frame before the glass was installed, but Mr Kavanagh said there were not enough to cover the voids.

“Western Australia has had a Code of Practice for the Prevention of Falls at Workplaces since 2004, and this code provides practical guidance to effectively manage fall risks and should be followed in all workplaces where a risk of falls is present,” he said.

“The tragic death of this young worker should remind everyone of the importance of having safe systems of work in place to prevent falls from height and actually using these safe systems.”

The lawsuit is one of four related to the incident, which resulted in a campaign for harsher workplace safety laws.

The state’s new Workplace Health and Safety Act, which comes into effect in January 2022, includes penalties of up to $5 million and 20 years imprisonment for individuals and $10 million for companies found guilty of industrial manslaughter.

Other offences under the legislation to carry enhanced penalties include the serious harm or death of workers and exposure to risk.