The Como Baptist Church has been revealed as the proponent behind a $107 million plan to transform several Como lots into a mixed-use development. 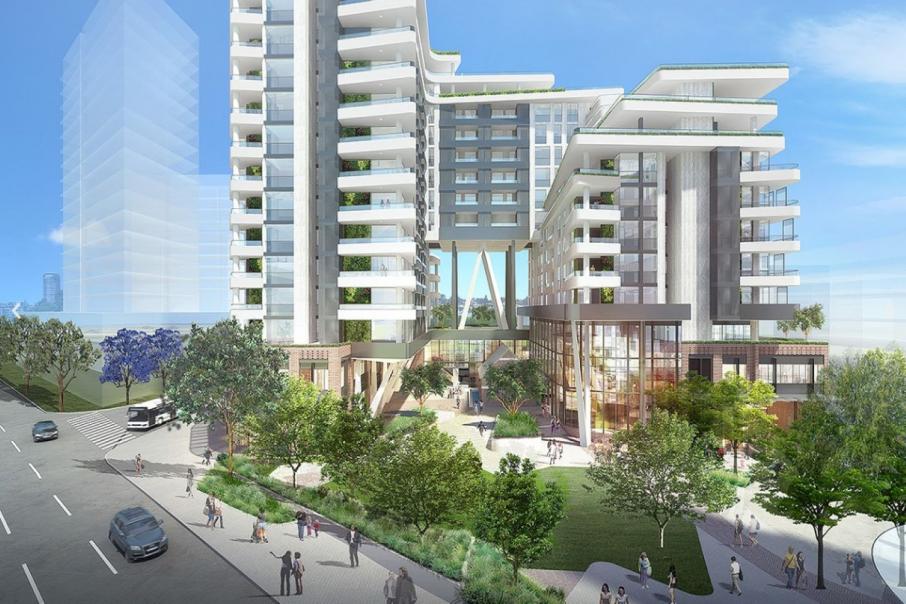 The Como Baptist Church has been revealed as the proponent behind a $107 million plan to transform several Como lots into a mixed-use development featuring 224 residential dwellings, commercial spaces, a church, and a medical centre.

Earlier this week, Business News reported that a development application had been lodged with the state’s development assessment unit (SDAU) proposing the construction of three buildings between 10 to 15-storeys across 109-111 Robert Street and 469 and 471 Canning Highway.

Business News now understands that the proposal is being spearheaded by Como Bridge on behalf of Como Baptist Church and funded by Baptist Financial Services Australia (BFS); the organisation's first major project proposed in Western Australia.

The Baptist Union of Western Australia purchased the 2,267 square metre vacant corner block on Canning Highway for $2.86 million in March last year; directly opposite its 90-year-old South Como Hall chapel and about 150 metres from the Kwinana Freeway Canning Bridge off-ramp.

Under the plan, the historic hall and large tuart tree will be integrated with new public open spaces, a public plaza, residential dwellings, an early learning centre, retail spaces, and a medical centre across the Robert Street and Canning Highway lots.

The proponent expects the development to be constructed in two to three stages over the next three to five years and hopes to commence stage one - which includes 87 apartments and the early learning centre - within six months of development approval.

With the construction of the project expected to generate about 500 direct jobs and 1,000 indirect jobs, the development application has been lodged with the new State Development Assessment Unit (SDAU) for significant developments, a body established to streamline the approvals process and expedite developments to assist with economic recovery in the wake of COVID-19.

A spokesperson from the Department of Planning, Lands and Heritage told Business News that the proposal was being referred to the City of South Perth and other regulatory agencies, with public consultation expected to commence in the coming weeks.