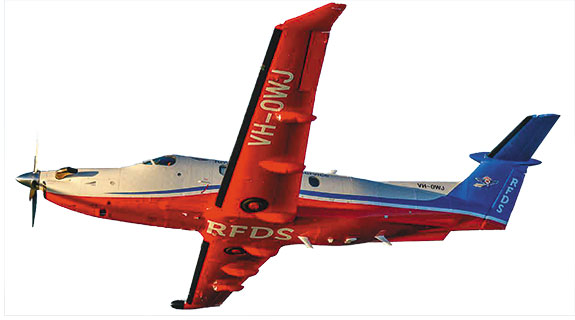 RFDS puts call out for support

In commemoration of its 80th anniversary, the Royal Flying Doctor Service is seeking business and personal donors to contribute to a major capital raising campaign.

RFDS chief executive Grahame Marshall said the service, which transported and cared for more than 9,000 patients last year, needed a sustainable fund to keep up with continuing demand, as well as ensure access to the latest technology and equipment.

Money raised will go towards a new Aero Medical Fund, aimed at continuing to improve the RFDS’s capability and build a stronger and long-lasting business foundation.

“As leaders in our industry, we are seeking to partner with like-minded business leaders and individuals who wish to align themselves with the RFDS brand and reputation,” Mr Marshall said.

As part of previously identified growth needs the RFDS will open a base in Broome this year, the first new WA base in 50 years.

A new Perth-based organisation aimed at bringing together carers, people with lived experiences of mental health issues, and support services will hold its first meeting in Fremantle next month.

Founder of Changing Lives Australia Katherine Houareau said she felt compelled to set up the ‘community tribe’ after personally experiencing how fragmented the services for mental health support could be.

Ms Houareau said the organisation had two aims: to provide an outlet for individuals and organisations to connect and share experiences; and develop a business arm coordinating social media and events for community organisations.

The first meeting will be held on May 5 at Unit 1, 17 Essex Street, Fremantle.

Staff from nearly 20 Western Australian businesses have come together to support Buying Time for Breast Cancer, a campaign to donate one hour’s pay to Breast Cancer Care WA and the McGrath Foundation.

Buying Time is an initiative of Julie and Eamonn Gavin, who run Perth-based business Gavin Transport and have raised around $400,000 to support breast cancer charities in recent years.

Funds raised before May 12 will go towards recruiting and employing specialist breast care nurses and counsellors.

Homeless for a Night campaign

Homeless services charity Manna Inc is encouraging people to join and help fundraise for Perth’s largest community sleep out event, Homeless for a Night, on May 2.

The not-for-profit group, largely run by volunteers, has so far attracted families, teams and individuals who have raised almost $50,000 of Manna’s $250,000 target.

Front-running fundraiser so far is the Jason Windows team. The second-time participants have raised almost 80 per cent of their $30,000 goal so far.

Founder Bev Lowe said there had been a growing demand for Manna’s services, providing meals to the homeless and breakfasts and winter school clothing for children in need.

“Although recent figures show there are nearly 10,000 homeless people in WA; sadly we see and feed hundreds more people who are not necessarily homeless, but who are truly struggling to make ends meet and put food on their table,” Ms Lowe said.

Construction has started on an $11 million headquarters for South Hedland’s Youth Involvement Council, designed to be a space for at risk youth to access education and support services.

Funded by BHP Billiton, Royalties for Regions and Lotterywest, the state-of-the-art facility is set to open in March 2016.

The YIC service has operated for more than 25 years and provides a range of programs and activities to help 10-25 year olds who are homeless or disadvantaged reach their full potential.