United response to stop the drop into social disadvantage

Several major Christian groups have come together to address a landmark report that revealed specific areas of entrenched disadvantage within the state.

Jesuit Social Services and Catholic Social Services Australia, which jointly produced the recent ‘Dropping off the Edge 2015’ report, have teamed up with MercyCare to address the issue of economic and social disadvantage facing many Western Australians.

As previously reported in Business News, the report showed social disadvantage in WA was geographically concentrated in a core numbers of locales.

The report found that many Western Australians living in areas identified in 2007 research as ‘disadvantaged’ continue to live with poor internet access and still have low education levels, high unemployment, and disengagement.

These areas include remote and regional communities such as Derby-West Kimberley, Halls Creek, Meekatharra, Menzies, Mt Magnet, Ngaanyatjarraku and Wyndham-East Kimberley, as well as areas within Perth.

“There is obviously a groundswell of groups wanting to find out more about why some communities in WA continue to experience entrenched disadvantage over a sustained period of time,” she said.

“It is the people who are working with and in these communities who will help lead the change required to arrest disadvantage.”

“Responses (need to) draw on the specific strengths and address the particular challenges of each of the communities identified,” she said, adding that finding solutions required a long-term and cooperative approach.

“It will take bipartisan political support and sustained, cooperative effort between the three tiers of government and the input of business and community leaders to forge solutions that will continue over the long term.

“We need to understand that turning around the fortunes of these communities will take 10 to 20 years, not a three-year political term.

Ms Mogg said while there was no one-size-fits-all approach, it was clear that increasing access to education, employment and safe and affordable housing was a vital starting point.

Investments deemed to be ‘responsible’ now make up half of Australia’s total investment assets, according to the Responsible Investment Association Australasia.

In a recent report, the Australian and New Zealand peak body for responsible investors said investment assets chosen for more than just their financial return – those delivering environmental, ethical or social benefits – had now reached a value of $630 billion.

RIAA chief executive Simon O’Connor said retail investors were increasingly looking to support companies and products they perceived as ethical, and refusing to invest with funds associated with tobacco and fossil fuels.

He said institutional investors, including superannuation funds, were also increasingly paying attention to responsible investing after numerous ASX-listed companies had lost shareholder value due to mismanagement of environmental, social or governance issues. 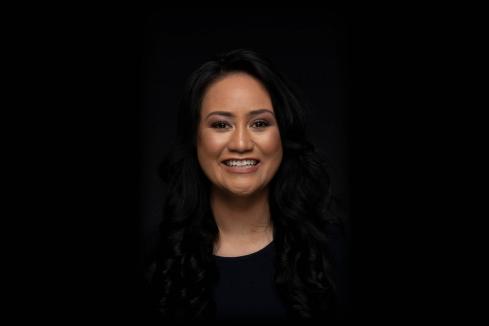