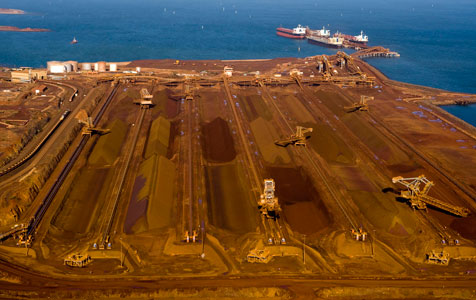 Falling commodity prices and lower than expected Chinese gross domestic profit drove down the total market capitalisation of WA’s listed companies by 2.6 per cent in April, combining with a weaker result in March to wipe out all gains made in the first two months of the year.

The Deloitte WA Index closed April at $142.5 billion, after falling by 6.4 per cent in March.

In contrast, the ASX All Ordinaries index rose by 3.8 per cent over April.

Precious metals gold and silver fell by 0.8 per cent and 14.7 per cent, respectively, over the month, while base metal tin was down 12.3 per cent to historically low prices.

Brent crude prices fell by 6 per cent over April as a result of softening demand.

“The decreases experienced in March were of such a quantum that they impacted the market across the board, however, April’s performance differed sector by sector, with energy-related stocks typically being more resilient than mining, and certain non-resource related sectors including financial services and education performing well.”