Canny investors would be well advised to plan for the worst and hope for the best as 2016 bears down on us. 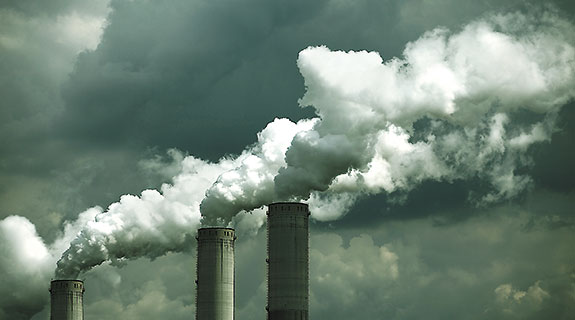 UNCLEAR: No-one knows how the proposed changes to CO2 emissions agreed to at the recent Paris conference will affect Australian industry. Photo: iStockphoto

Canny investors would be well advised to plan for the worst and hope for the best as 2016 bears down on us.

It would be misleading to suggest that 2016 is going to be a gem of a year, but anyone familiar with the way diamonds are valued using a process called the four Cs (cut, carat, clarity and colour) might be amused to discover that the New Year will be one of seven Cs.

Unfortunately, most of the Cs will have a negative influence; and while forecasting is never easy (and rarely accurate), it is possible to predict that if you enjoyed 2015, next year is likely to be a re-run, with tough times continuing for most of Western Australia’s most important industries.

The problem is that the 10-year boom in resources, which are the lifeblood of the state’s economy, has morphed into a long hangover as oversupplied markets slowly absorb surplus raw materials, and new projects launched in the boom continue to top up supply.

In approximate order of importance, with an explanation of what they mean, here are the seven Cs that will shape 2016.

Having passed through its period of maximum demand for raw materials, especially those used to make steel (iron ore, coal, nickel and manganese), the world’s second-biggest economy is in a state of flux as it tries to change from building to consuming.

Mining companies are finding the changes in China especially difficult. Some farmers and professional service providers should benefit, but they will not plug that gap left by China’s slowing demand for minerals and metals.

Almost as important as China and equally hard to predict, the Australian dollar ought to be falling in line with the country’s deteriorating terms of trade. Unfortunately, the benefits exporters might have expected are being delayed (or postponed altogether) because the values of other currencies are moving just as quickly.

The US dollar is likely to continue rising thanks to that country’s strong economy. The euro is likely to fall thanks to that region’s poor economic and political outlook. At best, there will be a slow adjustment of currency values. At worst, there could be a currency war with the Australian dollar becoming one of the safe havens for fearful investors – meaning it will rise in 2016 when it ought to be falling.

Toughening business conditions as the boom fades and some parts of the world start raising interest rates will cause Australia’s banks to more closely monitor the quality of their customers and their ability to service loans.

It will not be a full-blown credit squeeze but the banks, encouraged by the Reserve Bank of Australia and prudential regulators, are worried about credit quality and the effect on their bad debt provisions, including the sector closest to households, home mortgages.

The Paris climate conference, which ended with what is reported to be universal agreement to cutback emissions of carbon dioxide, could have a profound effect on the Australian economy, given its reliance on carbon exports in the form of coal and natural gas.

No-one in Australia can affect demand for the country’s major exports, but they can affect supply, which means the actions of the big miners such as BHP Billiton and Rio Tinto must be closely watched, especially for signs of changes to production levels.

The next few years will be especially tough for small and high-cost producers of traditional commodities such as iron ore and nickel, but a potentially positive time for the producers of technology-linked metals such a lithium, graphite and tantalum.

Most of the heavy-duty cutting by the big miners (and their suppliers) has already occurred, but a fresh wave of cuts is possible while prices remain low. Nickel is the critical area to watch, and while Clive Palmer’s Yabulu refinery in Queensland has been in the headlines as it enters a make-or-break crisis, there are several WA nickel mines on the edge.

Impossible to isolate into a single measurable amount, there is absolutely no doubt that 2016 will be a year of considerable confusion, starting with the unknown effects of rising US interest rates; layered over this are the unknowns, which are China’s slowdown and the potential for a European meltdown as Britain votes on staying or leaving the European Union, and the region swings hard right and voters demand stricter controls on migration.

It would be more agreeable to forecast that 2016 will be a better year than 2015, and perhaps there might be improvements evident in the second half.

But with so many negative factors at work in politics and economics, it would be a wise investor and business owner who planned for the worst and hoped for the best – and not the other way around.

It could be worse

The outlook in WA might be tough, but it’s a lot tougher in other parts of the world also exposed to the sharp correction in commodity prices triggered by the global slowdown in demand for raw materials – and that might turn out to be an interesting positive for Australia.

In southern Africa there is a crisis brewing of the sort that regularly knocks confidence out of investors – in a region where economic problems are commonly resolved through violence.

Zambia, which incorporates part of a geological formation known as the Copper Belt, is in crisis as mines are closed and workers sacked, leading to increasing levels of anger ahead of a presidential election next year.

But the big one to watch is South Africa, where the same economic forces that have hurt Australian mines are being exacerbated by political events; this combination of factors is pushing the country towards a major crisis that could lead to widespread project closures as workers defy mine owners and the government.

Bad news in South Africa’s economy could be good news for Australia.