Committed businesses get a Rap for engagement

Business News shines a light on four businesses operating in WA that have achieved the highest level of national recognition for increasing opportunities for indigenous Australians. 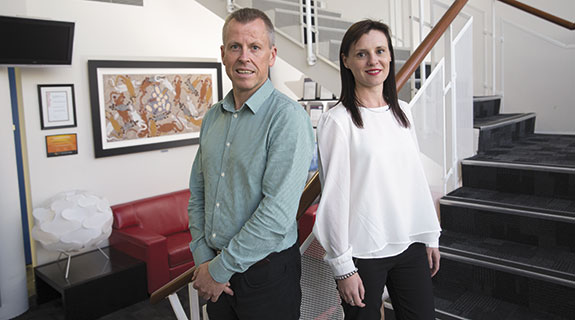 Business News shines a light on four businesses operating in WA that have achieved the highest level of national recognition for increasing opportunities for indigenous Australians.

The terms ‘rap’ and ‘elevate’ may be unfamiliar to some across the Western Australian business sector, but to many they are a clear recognition of credibility among those organisations working to build better relationships with Aboriginal and Torres Strait Islanders.

Raps, or reconciliation action plans, are a core component of not-for-profit Reconciliation Australia’s remit to encourage organisations to break down stereotypes and discrimination against indigenous people. To get a Rap, organisations must undertake a formal application process that includes: outlining practical actions they commit, to such as carrying out joint ventures with indigenous businesses; and participating in cultural learning activities or increasing indigenous employment.

There are four levels of Raps, which are ranked on a sliding scale of goal setting and recordable achievements, with the Elevate status deemed the most ambitious.

While there are about 600 organisations in Australia with Raps, South Perth-based mining and civil contractor Brierty became only the sixth nationally (and the first in its industry) to received the gold standard ranking of Elevate four months ago. At the time, Brierty managing director Peter McBain said the company was strongly committed to hiring Aboriginal employees, which make up about 14 per cent of its workforce (a rate much higher than many of its peers).

While businesses such as Fortescue Metals Group and NRW Holdings can point to noteworthy targets achieved outside of Rap processes, such as FMG’s oft-quoted $1.7 billion worth of contracts with Aboriginal businesses, being part of a nationally monitored and recognised program is a strong pull for many.

Mr McBain said Brierty employees had embraced working within the confines of the Rap and he was proud to receive recognition of its Elevate status.

“For Brierty to be assessed at this standard is a momentous achievement for all of our employees actively dedicated to reconciliation,” he said.

The most recent entrant to the Elevate rankings is facilities management company Sodexo, a global company with significant WA operations that was awarded the highest status last month.

General manager of mining operations at remote sites, Leanne Graham, told Business News Sodexo chose to pursue its reconciliation work through a Rap because it believed it was an integral platform for businesses to affect change.

She said Sodexo had the opportunity to make a big impact on indigenous communities and it had responded by setting a 10 per cent indigenous employment target in remote areas, which it had currently exceeded by 1 per cent.

Ms Graham said Sodexo had also established an incubation program for indigenous startups that were interested in tendering for a range of services such as gardening, care and maintenance of villages, and cleaning.

“We sit down and work through our supply process with them to make sure that we can help them achieve the ability to be a supplier with us. Where they have shortfalls, we coach them through that and take them on board with our contracts where possible,” she said.

After implementing a local program with Aboriginal students in a hospitality course last year, which resulted in seven graduates joining the company, Ms Graham said 18 Aboriginal students were now going through the same course in the knowledge that if they also passed, they too would have a guaranteed job with Sodexo.

National law firm Herbert Smith Freehills, whose personnel in WA outnumber other local firms, has also pursued a number of training and support programs for indigenous Australians as part of achieving its Elevate ranking.

Since 2011, 30 of its staff have been seconded for a total of 38 weeks to the East Kimberley to help Aboriginal organisations that have requested assistance in preparing legal and communication documents.

The firm has also provided internships for indigenous university students, mentoring, and skills and confidence-building classes for high schoolers through the Clontarf Aboriginal College.

Herbert Smith Freehills Perth managing partner Jason Ricketts said a key part of achieving its Elevate goals had come about by setting up a Rap steering committee, which also helped formalise the firm’s pro-bono legal work and guide its awareness of causes and deciding which groups to help.

“Australia wide it’s something like over 12,000 hours of pro-bono legal support (we’ve provided) to indigenous clients over the last four years; that’s got a value in excess of $4 million,” he said.

Herbert Smith Freehills partner and member of the law firm’s Rap steering committee, Mel Cave, said engaging, hiring and working with indigenous Australians had reinforced the firm’s belief in the importance of business’s role in reconciliation.

“I think that it is incumbent on businesses to take steps to make sure they’re inclusive,” Ms Cave told Business News.

“If a part of society is under-represented in a business, that business needs to understand why and examine what hurdles are holding it back.

“Business has to listen to society and be flexible to implement change. It can’t impose its own answer, but it can facilitate a solution.”

Transfield Services chair Diane Smith-Gander told Business News among the most important parts of having a Rap was the opportunity it provided the contracting business to show leadership.

She said by virtue of having the Elevate status for more than a year, Transfield had been able to lead the way for others, but had also drawn on the experiences of those it worked with.

“It enables us to have conversations with our customers who are on the same journey that we are and it’s nice to have a dialogue that’s on something that you’re both passionate about and that you’re working for,” Ms Smith-Gander said.

She said Transfield was proud to be targeting 6.5 per cent indigenous employees by 2018 (currently at 4.5 per cent), to work with Clontarf Foundation and indigenous procurement expert Supply Nation, to have 40 of its contracts include individual indigenous participation plans, as well as having senior indigenous members of staff.

She said regardless of how businesses chose to strive for reconciliation with indigenous Australians, every little bit counted.

“Every organisation has got its set of challenges and issues that it’s working on, so reconciliation may not be something that’s come to the top of their list and others will be doing it in different ways, in the way that FMG does,” Ms Smith-Gander said.