Commitment needed to put people in the Pilbara

Opinion: Talk of lowering migration targets is small thinking that misses the opportunity. 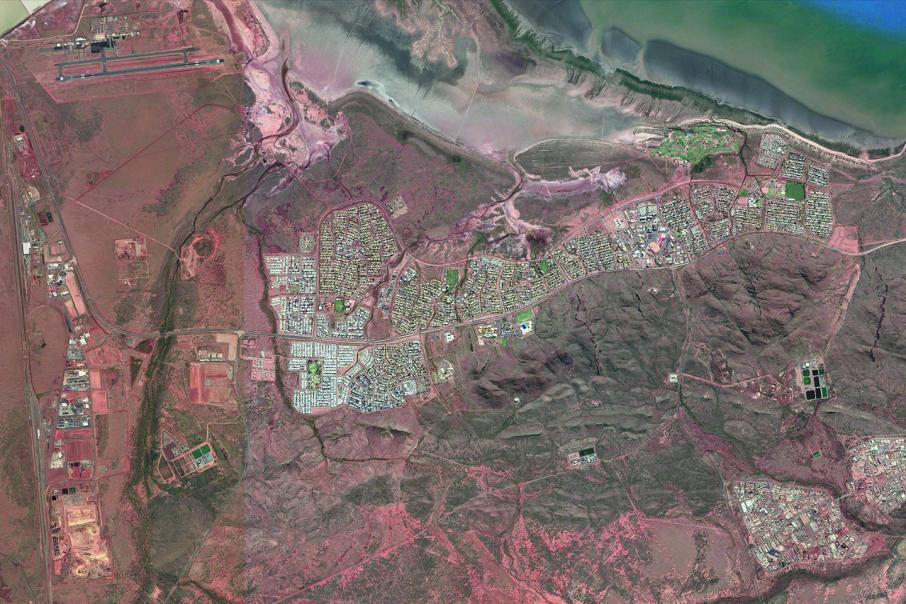 With the right investment and support, the original Pilbara City idea of 1 million people is still possible. Photo: Google Earth

Opinion: Talk of lowering migration targets is small thinking that misses the opportunity.

There’s nothing new about the idea of offering special tax deals to develop a region such as Australia’s north – many people have suggested this over the years.

In fact such practices have been implemented in various forms in Ireland, several European principalities, around the Caribbean, and in some parts of South-East Asia.

Similarly, it is not a novel approach to use migrants as a driver of economic activity.

In fact, there are many instances of this in Australian history, including in places such as the Goldfields, the Snowy Mountains, the cane fields of Queensland, and distant pearling fields.

Nor is it a new idea to stimulate development in an otherwise inhospitable location by pumping a lot of money into creating an urban, commercial and industrial concentration of such size that economies of scale start to give it a life of its own.

Las Vegas and Dubai are examples that spring to mind.

So here we are in Australia with a huge vacant north, full of resources including gas and water, which we can’t develop easily due to a lack of people.

At the same time we have the cities of the south burgeoning with immigrants to a point where the existing residents are getting fed up with the congestion, crowds and lack of infrastructure.

It is possible that, in the future, we’ll be able to solve all our skills and labour issues in the Pilbara and Kimberley with automation and remote operations, but I suspect we’ll still need lots of people.

In fact, wouldn’t we be better off as a nation with more people occupying our north, near our most valuable resources?

Can’t we just bite the bullet and build a real city in the north?

While five years ago I reported on the idea of a new city next to Lake Argyle in an article entitled ‘Grand designs in Lake Argyle city vision’ (May 24 2013), I suspect that we’d be better off doing such a development closer to where our industry lies in the Pilbara.

Karratha would make an obvious choice.

Something along the grand designs of businessman Ken Perry, who proposed a major metropolis of 1 million people as the original Pilbara City idea, which I documented in April 8 2009 in ‘Pilbara city a chance to overturn 40 years of missed development opportunities’.

The idea was bastardised into Pilbara Cities by the former state government, a comparably lame policy targeting significant population growth in key centres such as Karratha, aiming to nearly double inhabitant numbers to around 25,000 people or even about 50,000.

Bernard Salt also joined in the action on this, something we documented in ‘Pilbara plan marches to boots ’n all strategy’ on March 18 2010 by suggesting a big defence presence would help drive population growth in the region.

With development of existing resources and the skills shortage it creates being back on the agenda, we really ought to look at the wilful spending on infrastructure in the major urban centres of Sydney and Melbourne, where our GST money is being used to undo the congestion created by too many people, and in the process stealing the skills and labour we need to develop our own state properly.

The idea that migrants want to come to the south is moot – don’t give foreign arrivals that choice. Sure, the south is more comfortable, but cities of 5 million or more start to become less and less liveable.

We’d be better off developing more regional centres and giving them the critical mass to make long-term residency viable.

Make the Pilbara City a real deal. Shift infrastructure spending that governments want to use to win votes in an ever-failing loop of higher spending and greater disappointment.

With funds from government, companies provided with big incentives to build, and migrants (from overseas and within Australia) allowed to work tax-free in the north for an extended period, we could soon have a created a construction and population boom that satisfies many long-term aims for this country without imposing overcrowding on the people who already live here.

The north has plenty of room and water to grow food, the resources needed to build and nearly enough reasons for people to live there.

Come on, it’s time for some ambition, rather than the small Australia we seem to be arguing for at the moment.