It seems the advertising dollar is behind a push into the female AFL more so than any interest in furthering women’s sports. 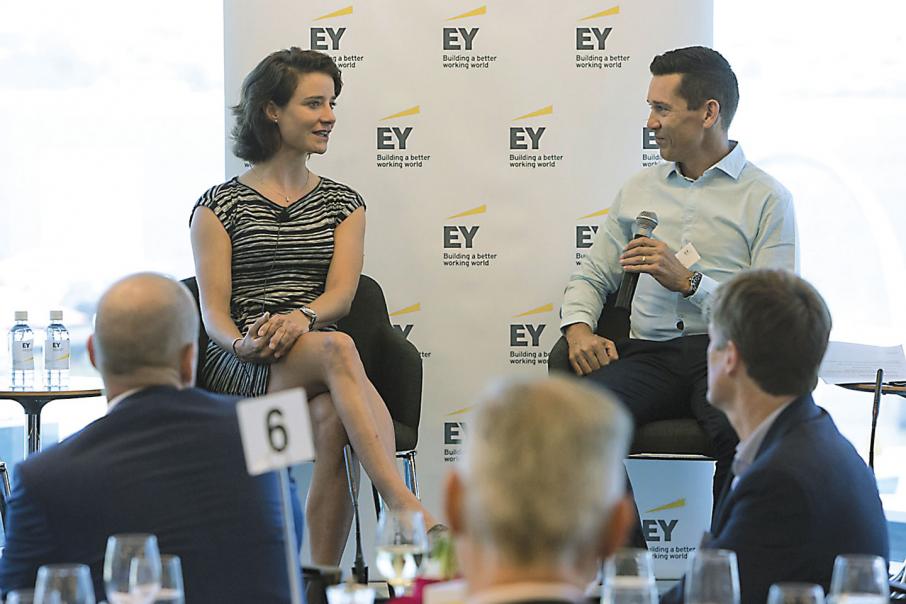 CHAMPION: Marianne Vos (pictured with Robbie McEwen) has overcome plenty of challenges to succeed as a world-renowned cyclist.

It seems the advertising dollar is behind a push into the female AFL more so than any interest in furthering women’s sports.

When it comes to inspirational stories, Marianne Vos has a pretty good tale to tell.

She’s been the world champion across several cycling disciplines on multiple occasions and overcome serious injury to return to podium-level performance when others might have given up.

I know this because the Dutch cyclist was in Perth recently (ahead of her involvement in races around Albany and Margaret River) speaking at an EY Leadership Luncheon that also featured Aussie cycling great Robbie McEwen.

But if you were not closely linked to the world of cycling, or a fortunate guest of EY, it is most likely you would never know that a high-calibre athlete such as Ms Vos was in town.

They know all about her in Europe, of course, with its strong cycling culture, and on Twitter, where she has 105,000 followers.

Contrast that to what you do know about women’s sport in Australia lately. Mainly it’s about women playing typically male-dominated sports – AFL in particular. Unless you’ve been out of the country for the past six months, it would be hard not to know that a female AFL league is coming – they have star draft picks, exhibition games, poached players from other sports, and are scouting high schools for girls they can encourage into their sport.

Is that because significant numbers of women play AFL? No.

Ask anyone how female AFL involvement has become anything more than the occasional novelty item on the news – mainly around the Brownlow Medal’s red carpet – and the response I get is, ‘follow the money’.

It seems sponsors want diversity and they are too lazy to seek out sports that women actually play when, instead, a very organised big business with a lot of administrative power, and a compliant media can hand them the opportunity on a plate. It is box ticking of the highest order.

I understand why we might confront this on Channel Seven and its key promotional brochure, The West Australian; after all, Seven West Media has a commercial interest in AFL. It is part of a consortium that paid more than $2.5 billion last year for the broadcast rights.

It is not that I don’t admire what the AFL has done. In 25 years it has turned footy from a financially struggling, tired format to a massive enterprise that does self-promotion so well it has nearly 12 months a year as a water cooler discussion topic. Now it wants to evolve from a hard-hitting man-sport, where what happens in the locker room stays in the locker room, to one that embraces all genders.

A quarter of a century ago, the code was so broke it was rescued with public money, including a 99-year lease over the Subiaco site that hosts Domain Stadium.

The tables have turned so much that football can threaten not to use the $1 billion-plus taxpayer-funded stadium at Burswood unless it gets a favourable deal.

That is real clout. The people who turned that around and keep the momentum going are commercial and political geniuses – I have no doubt of that.

It seems they can also demand, or maybe cajole, news outlets and broadcasters to cover extensively their next commercial venture – the broadening of the sport to include women, whether women asked for it or not. It is magnificent if you are a follower of strategy.

It is not unnatural for big business to seek a monopoly, but this one, which already has restraints of trade on its franchises and employees, doesn’t seem to trouble the Australian Competition and Consumer Commission, yet.

So we know why Seven and The West do the AFL’s bidding in this respect, but why elsewhere? How do rival broadcasters, especially the publicly funded ABC, justify falling for the same commercial trick? Is it their job to assist the already dominant AFL to become a commercial monopoly by pushing its brand into new territory? Who makes the decision to toe this line? Not women, I am guessing.

It seems to me that many have become extensions of the AFL enterprise they pretend to cover objectively.

History conveniently provides as an example of male-dominated sport driven by commercial imperative that launched a female league to momentary success.

Chewing gum heir PK Wrigley launched the All-American Girls Professional Baseball League to keep the sport alive during WWII. After initial success it struggled on for 11 years before ending, but I doubt we’ll hear much about that failed experiment as the AFL and its faithful media backers suddenly switch on to the importance of women’s sport.

Just as I doubt we hear any more about Marianne Vos and other successful female athletes, who have to live without the local media’s interest in their sport.