Experienced Perth business executive Dario Amaria has spoken to Business News about his plans to revive one of Western Australia’s oldest building companies. 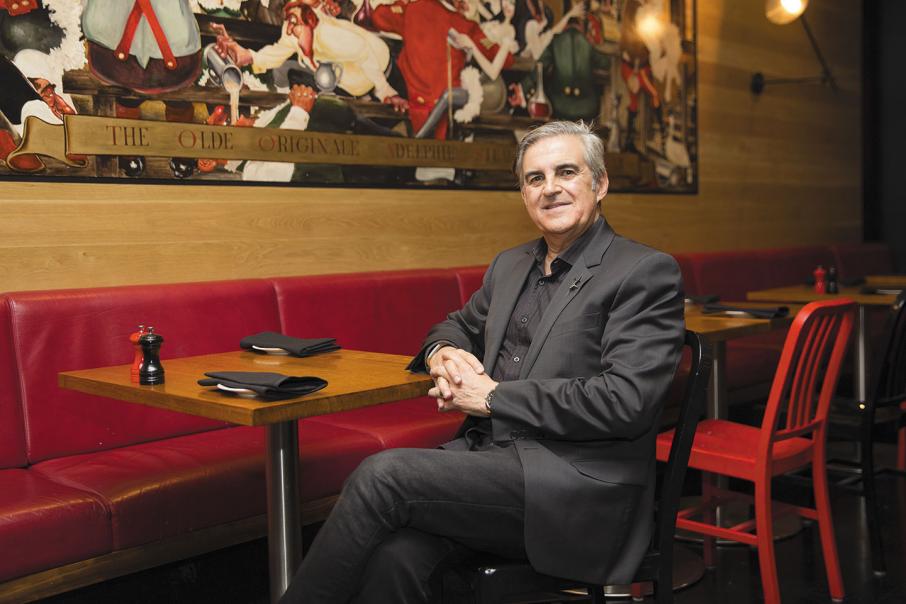 Dario Amara says reaching out to existing customers and former workers are his top priorities as he reshapes the future of Collier Homes. Photo: Attila Csaszar

Experienced Perth business executive Dario Amaria has spoken to Business News about his plans to revive one of Western Australia’s oldest building companies.

Mr Amara has vowed to breathe new life into the Collier Homes brand, which was caught up in the failure of former senator Bob Day’s national building company, Home Australia Group.

And with a family history of homebuilding to go along with 36 years of experience in Western Australia’s construction industry, Mr Amara believes it’s a natural fit.

“My father was a builder, so for me, it was very natural,” Mr Amara told Business News.

“I used to go to building sites with my dad and I just loved it.

“And to this day, I can still smell the mortar in my nostrils and the smell of the oiled timber window frames and door frames.

“It’s funny how when you’re growing up, things stay in your head.”

Mr Amara, who has served on various publicly listed company boards, including Austal and OTOC, and has been a registered builder for the past 32 years, settled the purchase of Collier Homes last week.

However, the acquisition of Collier Homes comes at a time when WA’s residential construction sector is reeling, with builders scrambling to maintain market share as activity levels plunge by around 20 per cent, year on year.

That reduction in activity has claimed nine scalps since June 30 – mostly small-scale builders unable to secure starts amid intense competition.

Nevertheless, Mr Amara is excited by the opportunity to relaunch and refresh the Collier Homes brand, which has been operating in WA since 1959.

“There’s no perfect time in anything you do, you’re either at the top of the cycle or the bottom of the cycle, it’s a function of opportunity and when that opportunity arises,” Mr Amara said.

“Sure, the macroeconomic factors are not the best, but I believe with what’s happening with the broader economy and the US elections, there is opportunity.”

He said his initial priority would be contacting all of Collier Homes’ former staff to offer them the chance to continue with the company.

“In my own inquiries about the staff, I’ve found they are all good people, they are long-standing, long-serving staff, and they’re dedicated,” Mr Amara said.

“That augurs well for the recovery of the brand.”

The 29 Collier Homes clients that were left in the lurch by the collapse will also be given the opportunity to recontract with the builder, while Mr Amara said he had received a positive response from subcontractors affected by the company’s failure.

Mr Amara said he would also pursue a family based approach to running Collier, with his son, Alberto, to take a prominent role.

“It’s going to be a family business that’s dealing with families,” he said.

“Home ownership is one of the most important investments people can make, and I believe it’s very important that you have a family culture when dealing with families at this important time.

“The directors of the company will be very hands-on throughout the cycle and our particular bent will be towards good design, sustainability and creating assets that will have long and tangible value.

“I love the arts and design, so we’re going to have a creative culture and an engaging culture.

“We are going to continue with what Collier Homes was renowned for and we will canvass feedback from our clients to find out where we are going next.”

While committing to retain much of the Collier Homes operating philosophy, Mr Amara said innovation would be an important part of the company’s future.

“Given our background, we’ll be exploring the use of smarter materials,” he said.

“I believe the next generation of millennials aren’t wedded to that form of construction.

“There is still a desire from the younger generation to own their own home, that’s the great constant between generations, but there is not this passion for double brick and traditional block sizes that there once was.

“That’s a total rethink and we have to respond to customer needs; it’s not what we think, it’s what the customer thinks.

“We hope that one of the oldest building companies in WA will become one of its most progressive.”