A simple formula borrowed from a group of women in the US has become a growing philanthropic force in Western Australia. 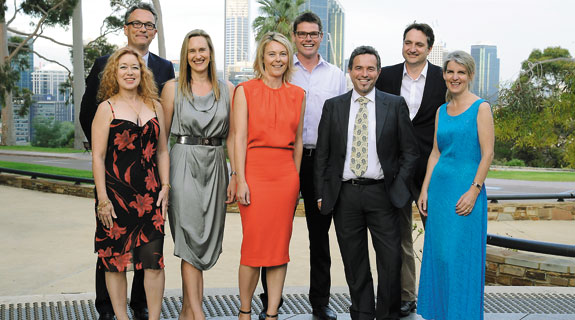 A simple formula borrowed from a group of women in the US has become a growing philanthropic force in Western Australia.

It was founded in 2012 by husband-and-wife team Paul and Sophie Chamberlain, who run a family trust, along with Bedbrook Financial Services managing director Simon Bedbrook and Artsupport Australia WA manager James Boyd.

While the US concept of Impact100 relies on an all-female group of donors, Ms Chamberlain said the local founders didn’t see a need to restrict the cause, which has provided more than $375,000 in grants since inception to youth and health focused providers Manna Inc, edventures, and Mobile GP.

Impact100WA has also inspired the emergence of Impact100 groups in Fremantle, Melbourne and South Australia, with another planned for Sydney.

“What we’re doing is trying to spread philanthropy to people generally, we want to get people aware of it ... how easy it can be and how fantastic it can be for them and the organisations, and what a difference it can make.”

Ms Chamberlain said Impact100WA was also looking to grow its own ranks, adding new members so it eventually could set up two $100,000 grants each year.

“It’s collective giving so it’s making a bigger impact than their $1,000 on its own would have ever been able to do,” she said.

Funding decisions are made by democratic vote, with donors making their decision based on four presentations given at an annual dinner.

“We supply (finalists) help with making presentations, we’ve got public speaking groups who help them create their presentation,” she said.

“In fact last year (disability support group) Kalparrin ... said to us they used the help for two more presentations since then, and it had been fantastic.”