Resources companies are working together to hasten development of lower-emission vehicles and equipment. 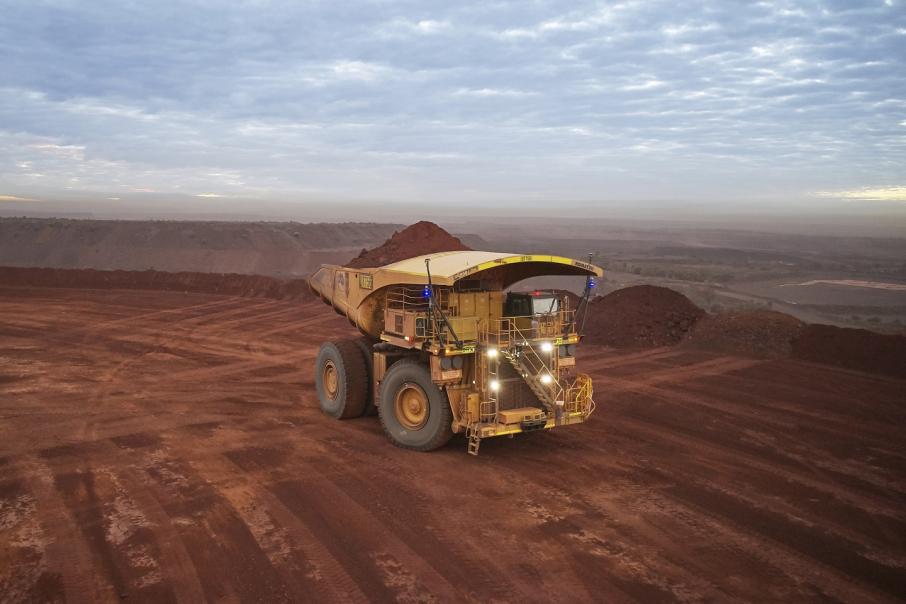 Australia has the highest number of autonomous mining trucks in the world. Photo: Fortsecue Metals Group

For the past few years, electrification and automation of mining equipment have been top priorities for mining companies trying to reduce emissions.

This focus accelerated in 2021 as the risk profile for these companies changed: the physical impacts of climate change have become more obvious and the science only continues to strengthen, while shareholders have become more vocal.

As a result, these companies are taking matters into their own hands by turning to collaboration and partnerships to develop new electric equipment.

One example is the Charge On Innovation Challenge, led by founders BHP, Rio Tinto, Vale and Austmine.

Founding patrons of Charge On, BHP and Rio Tinto, have also come together to form the Komatsu Greenhouse Gas Alliance (along with Codelco and Boliden), collaborating on zero-emission mining equipment and infrastructure.

This alliance will develop a concept for an autonomous haulage vehicle that can run on a variety of battery sources, including diesel electric, electric, trolley (wired), battery power and hydrogen fuel cells.

Rio Tinto and BHP have also announced they have each separately formed a partnership with Caterpillar to advance the development and deployment of zero emissions autonomous trucks at their mine sites.

Another example comes from Fortescue Metals Group, which has recently partnered with Williams Advanced Engineering to design and build an all-battery mining haul truck.

Currently, there are no large scale commercially or technically viable fully electric vehicles for mining haulage operations, so seeking innovative solutions through challenges and partnerships makes sense to solve the problem faster and potentially reduce development costs and time to commercialisation.

A key component is identifying and working to shared problems and agreeing what IP can be left to others to operate in a non-competitive environment.

But what role does automation of equipment play in enabling the electrification of mining?

Autonomation has been a feature at many Australian mines for over a decade.

Australia has the highest number of autonomous mining trucks in the world, with some mines, including Forestcue’s Christmas Creek operation, run entirely using autonomous trucks.

Last year, Rio Tinto approved investment in the Gudai-Darri mine of the future, which will feature autonomous trucks, trains and drills.

The reduction of man hours on site improves the safety of mining operations, particularly on riskier jobs.

As a result, the productivity and efficiency of mining operations is typically improved, which, in turn, cuts operating costs.

Currently, automated vehicles used in mining are equipped with an electric drive system but with a diesel engine, or trolley assist systems, although an electric motor is the eventual goal.

However, automation, even on diesel engines, can reduce engine emissions.

According to Komatsu, autonomous vehicles can reduce emissions by enabling more control over the fleet (eliminating actions such as sudden acceleration) and less rubber in landfill through an improvement in tyre life.

Eliminating diesel use in mining equipment is a clear step mining companies can take towards reducing their scope one emissions, but electrification of mining is a big task.

It presents a new set of challenges for mine operators in an already risky business, including changes to infrastructure, maintenance and operating.

Safety is first and foremast and cannot be overlooked in the drive to electrification.

And the favourite hot topic: hydrogen; Safety is the opening and closing conversation to understand how to manage hydrogen under pressure in large volumes, across multiple sites, and for several applications.

Collaboration is beginning to emerge here, too, perhaps with the federal government’s $464 million Clean Hydrogen Industrial Hub program acting as a catalyst.

As momentum builds on miners to meet net zero targets and corporate sustainability goals as quickly as possible, there is no doubt that partnering and sharing knowledge will drive better outcomes.

Continuing in the spirit of collaboration and partnerships will be critical to help bring about decarbonisation of mining operations faster.