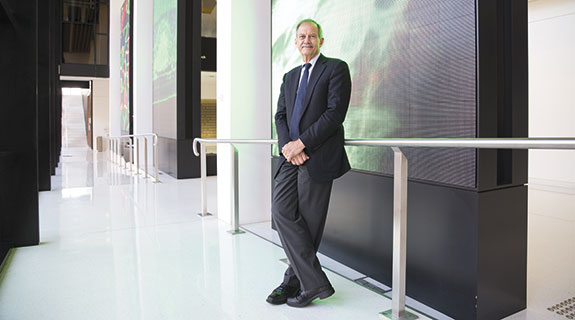 Western Australia is in danger of missing out on the opportunities presented by its unique biodiversity because of the lack of a collaborative approach by scientists, governments and industry.

WA chief scientist Peter Klinken told Business News that WA almost certainly harboured countless scientific and medical treasures that could only be discovered and developed if those with vested interests in outcomes improved how they worked together.

“One of the great opportunities is our biological resources, we have unique biota – animals, plants and bugs – here in WA because we’re a biodiversity hotspot,” Dr Klinken said.

Dr Klinken pointed to biodiversity legislation currently before state parliament, as well as plans to set up a virtual biodiversity institute as key steps forward.

“I think we are poised at a really important time in our history and we need to grasp the opportunities that we have presented before us,” he said.

“In one regard I’m not too disappointed by the downturn in the resources sector because it’s actually forcing everyone to be innovative, creative and do things better.”

However, Dr Klinken said the relevant parties in WA also needed to better communicate what was happening in the scientific world and improve collaboration between academia, industry and government.

“There are so many good things that are going on around WA that the general public just aren’t aware of,” he said, pointing to examples such as WA hosting part of the world’s largest telescope, the square kilometre array, as well as the “mind-boggling” super computer in Bentley, which is also one of the world’s largest.

Dr Klinken said Perth was fortunate to have five universities, but more innovation hubs were required to connect experts to better leverage the work occurring at them.