Woodside Petroleum has announced Peter Coleman will retire as chief executive before the end of next year, with three internal candidates likely to be in contention for the role. 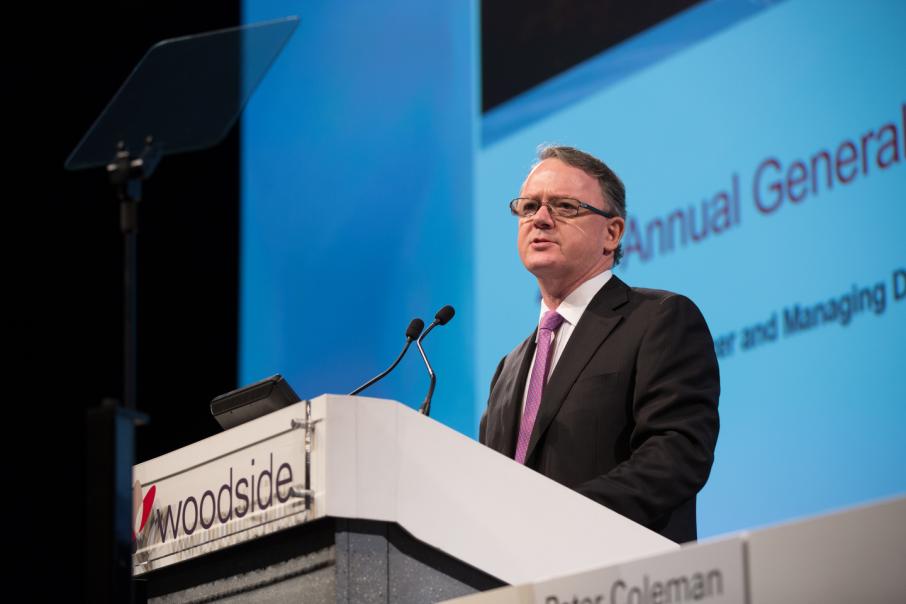 Peter Coleman has been chief executive of Woodside since 2011. Photo: Gabriel Oliveira

Woodside Petroleum has announced Peter Coleman will retire as chief executive before the end of next year, with three internal candidates likely to be in contention for the role.

Mr Coleman has served as chief executive and managing director of Woodside since 2011.

His 10 years in the role is roughly double the average duration for chief executives at listed companies.

Woodside said it would conduct an executive search for both internal and external candidates.

The internal candidates will include executive vice-president development and marketing Meg O'Neill.

She joined Woodside in May 2018, initially as chief operations officer, and has responsibility for development projects including Scarborough and Browse along with marketing, trading and shipping activities.

Another strong internal candidate will be executive vice-president sustainability and chief technology officer Shaun Gregory, who has been with the company since 2015.

He initially had a focus on technology and innovation but his responsibilities have broadened to include exploration, appraisal and development concept selection.

Chairman Richard Goyder gave away little when asked today about his priorities in selecting a new chief executive, beyond saying the new person would need to look after the interests of all stakeholders.

“Peter has been able to traverse everything from influencing domestic policy to working with our indigenous partners to focusing on safety and excellence in production and also dealing with customers and contractors and partners internationally,” Mr Goyder said.

“This role is a pretty complex role and there is a very strong commercial element to it.

“The focus will be on delivering for all our stakeholders, our shareholders, our customers, our suppliers, clearly the employees and the communities in which we operate.”

Mr Coleman’s exit in the second half of 2021 will coincide with the planned final investment decision on Woodside's next big development: the Scarborough LNG and Pluto Train 2 projects.

“The key decisions for us, particularly around the commercial aspects of it, and then also working with our contractors, will be completed in the first half of next year, so that will be under my watch,” Mr Coleman told a conference call this morning.

“The rest of it will simply be what the transition looks like and what the board ultimately decides with respect to whether the new CEO needs to be in place for that decision or not.

“At this point there has been no discussion around tying the two together.”

Mr Coleman said if he stayed for FID, he would be obliged to stay on longer.

“There is an expectation and a commitment that I need to make, that I need to stay at least 12 to 18 months post that FID decision, to ensure the project gets up and running.”

In a release to the ASX earlier this morning, Mr Coleman said he was extremely proud of how the company had managed uncertainty over the past year.

“In this challenging year, Woodside has taken the prudent decisions needed to maintain safe and reliable operations and protect our growth plans, while setting up our company for the next phase," he said.

“Retiring in 2021 ensures continuity to support the Scarborough investment decision, which will transform Woodside, while ensuring our international projects in Senegal and Myanmar maintain their positive momentum.

"We value our LNG buyers, joint venture partners and contractors who will continue to be critical to Woodside’s ongoing success.

“I will miss being part of the Woodside team.

"The company has been reset with a strong platform for the future, with the next stage of our journey ready for a new CEO to take the required ownership of Woodside’s significant growth projects."