Outgoing Synergy chairman Lyndon Rowe said today he was disappointed he could not continue at the energy utility after the state government announced oil and gas executive Rob Cole would take the role. 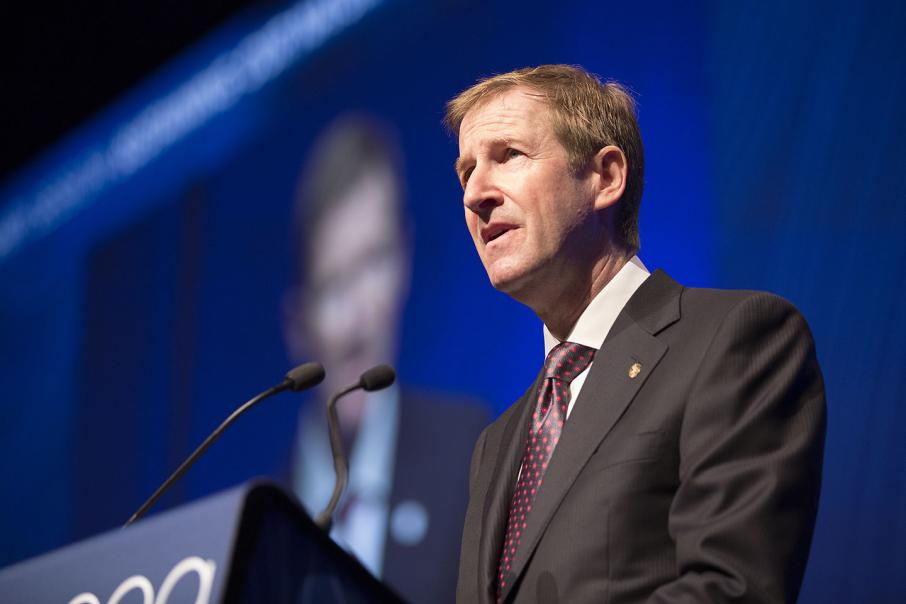 Rob Cole has been chosen to chair Synergy.

Outgoing Synergy chairman Lyndon Rowe said today he was disappointed he could not continue at the energy utility after the state government announced oil and gas executive Rob Cole would take the role.

Mr Rowe has been full-time chairman of Synergy since August 2014 and told Business News he wanted to stay in the role in a part-time capacity after his three-year contract expired.

“We both agreed it was time perhaps for a new chairman in that role,” Mr Wyatt said.

Mr Rowe will continue until November 1, when Mr Cole will commence as chairman.

Mr Cole is best known as an executive director of Woodside Petroleum and also had a brief stint as managing director of Adelaide-based Beach Energy.

He currently serves as chair of the Southern Ports Authority and private company GLX Holdings, which is pioneering an LNG trading platform.

He worked at both Woodside and GLX with Mr Wyatt’s chief of staff, Roger Martin.

Mr Rowe, who has championed market-driven reform of the energy sector, told Business News he had wanted to continue.

“I’m disappointed to not be continuing,” he said.

“There is a good team that has achieved a lot, but there is unfinished business.

"I was enjoying it and thought I could contribute.”

He said key priorities would be adjusting tariffs so they were cost reflective, managing the ‘capacity’ market and managing the transition to more renewable energy while also ensuring energy supplies were secure and reliable.

Mr Rowe said he welcomed Mr Cole’s selection and was confident he would be a successful chairman.

Upon leaving Synergy, Mr Rowe will continue as a director of Perth Airport and said he would welcome new board opportunities, preferably in the private sector.

In addition to the news of Mr Cole’s appointment, Synergy has announced Yasmin Broughton will replace Michael Goddard as a non-executive director.

Ms Broughton is also a director of Resolute Mining, the Insurance Commission of Western Australia, and Edge Employment Solutions.

Energy Minister Ben Wyatt said the board changes would lead to a 45 per cent reduction in overall directors’ remuneration at Synergy, down from $1.02 million to $559,000.

Most of the reduction will presumably stem from the chairman role no longer being full time.

“Rob’s extensive credentials and experience in the energy space will be a great asset for Synergy,” Mr Wyatt said.

“I’d also like to thank Lyndon Rowe for his considerable contribution to Synergy over the past three years and also acknowledge the valuable service of Mr Goddard.”

“It is an exciting time for Synergy and we are pleased to welcome Rob to the board,” Mr Waters said in a statement.

“He brings with him a wealth of commercial and energy experience, which will be invaluable to the Synergy business.”

“I would also like to extend my sincerest thanks to our existing Chairman Lyndon Rowe.

“I have valued Lyndon’s leadership and support over the past few years and he has been instrumental in establishing Synergy’s direction and growth since his appointment in 2014.”