The first stage of the Mojo Urban Living estate in Cockburn Central North was launched last week, offering the first terrace-style homes in the area. 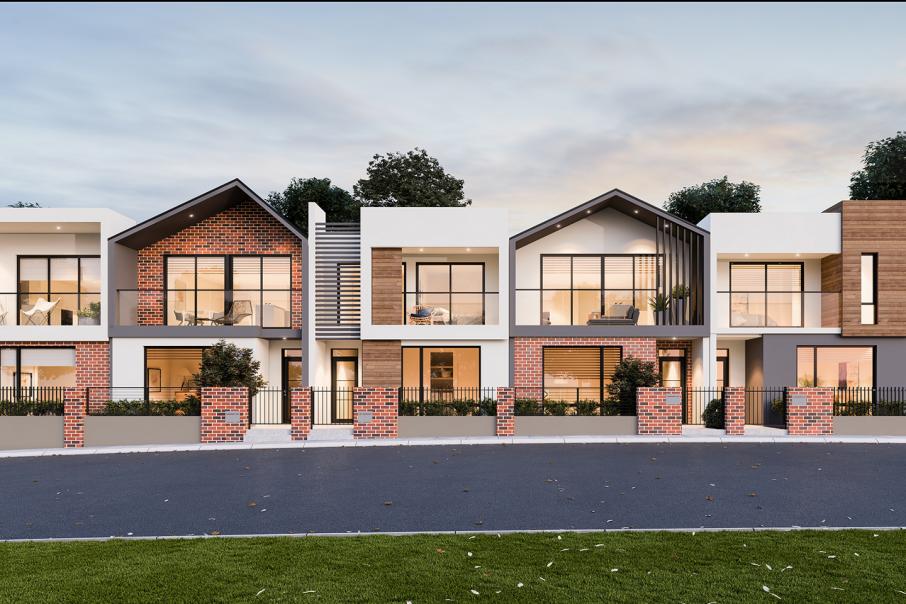 An artist’s impression of a terrace homes streetscape at Mojo Urban Living.

The first stage of the Mojo Urban Living estate in Cockburn Central North was launched last week, offering the first terrace-style homes in the area.

The developer of the estate is Travis French’s Westpro Management, which also co-owns and co-manages the 1.74-hectare mixed-use superblock within the Canning Bridge activity centre precinct in Applecross.

Senior project manager Darren Evans, of Proven Project Management, which is project managing the development of the estate, said he anticipated strong demand for the new product.

“The original expectation was for the estate to be a development of three- to four-storey apartment buildings, but we have managed to get pretty much the same yield from terraces and small lot townhouses,” Mr Evans said.

Mojo Urban Living estate is located within the Cockburn Central North area, north of the Cockburn Aquatic and Recreation Centre and in close proximity to the train station and Kwinana Freeway.

Stage one of the estate development incorporates three parcels of land, with two fronting parkland at the southern end of the site and a third fronting Muriel Court, which runs through the centre of the estate.

There are 37 lots being released in the first stage, with terrace home lots priced at $210,000. Total cost for land and a home from one of the three builders will range from $400,000 to $450,000. Ultimately, the estate will contain more than 200 housing lots, which will be predominantly terrace homes with a smaller portion of small lot townhouses.

Development of the first stage is scheduled for completion by January 2019, and it is expected that construction of the terrace houses will start in coming months. Each of the three builders has been allocated five sites fronting the parkland.

Mr Evans said although terrace homes were new to Cockburn, they reflected traditional residential development in growing city centres and brought medium density to the area in a product that was different from what was already available.

“It is a refresh of what we used to see in Australian cities, a similar style to original Australian housing,” Mr Evans told Business News.

“People want to be close to shopping and jobs and to be able to walk wherever they want to go.”

Mr Evans said the terrace home lots would be popular with first homebuyers, people looking to downsize and those wanting a lock-and-leave property close to the CBD and Fremantle. The two-storey homes feature rear parking and a small front courtyard and range from two to four bedrooms.

Westpro Management started stage one of the project last month and expects work on stage two to begin in the second quarter of next year.