SPECIAL REPORT: Amid controversy surrounding Roe 8 and the privatisation of Fremantle Port, a shift to an outer harbour in Cockburn Sound is a question of when, not if, according to proponents. 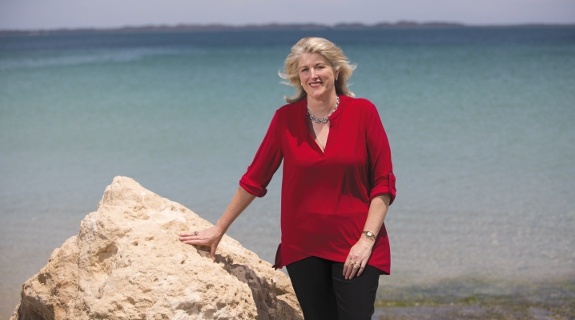 SEA CHANGE: Carol Adams says the outer harbour development proposal is a viable option regardless of the outcome on Roe 8. Photo: Attila Csaszar

Amid controversy surrounding Roe 8 and the privatisation of Fremantle Port, a shift to an outer harbour in Cockburn Sound is a question of when, not if, according to proponents.

Containers could be unloaded at an outer harbour development in Cockburn Sound within just five years, according to City of Kwinana Mayor Carol Adams, who is advocating the project be included as a key part of any deal on the privatisation of Fremantle Ports.

Despite the government giving a cool response to the Cockburn proposal, it remains another potential consideration for the state’s freight transport strategy, which includes a series of investments in building road linkages from Wubin in the northern Wheatbelt south to the city.

The government’s plans have hit a hurdle, however, courtesy of a Supreme Court decision to overturn the environmental approval of the Roe 8 development through the Beeliar Wetlands.

Ms Adams said the City of Kwinana’s Indian Ocean Gateway proposal was a viable option regardless of the outcome on Roe 8.

“We know that Roe 8 has now been delayed, so that’s going to put further pressure on the traffic that is going into Fremantle,” Ms Adams told Business News.

That meant there was an opportunity to think about the outer harbour, she said.

Ms Adams stressed that she wasn’t opposed to the Roe 8 project, rather that the council was trying to provide a solution to longer-term infrastructure issues, with an outer harbour potentially usable for 50 to 100 years.

“I think any (Fremantle Port) lease to a new proponent would have to include a requirement that, once the inner harbour goes to a certain amount of TEUs (twenty-foot equivalent units), there be a requirement to commence construction of an outer harbour,” she said.

However, acting Treasurer John Day warned that an artificial cap on any part of the port supply chain would reduce the value of a potential lease by limiting asset utilisation at the existing inner harbour.

“Assuming no cap on supply chain logistics, current analysis of capacity and trade growth would mean the outer harbour development is not required for 25 years or more,” Mr Day said.

He said Treasury officials had reviewed the plan and the government did not believe it was viable.

“Forcing an early move to the outer harbour is a significant opportunity cost that will result in stranded and under-utilised assets, wasting economic potential for the state and detracting from the value of the existing assets of Fremantle Port,” Mr Day said. 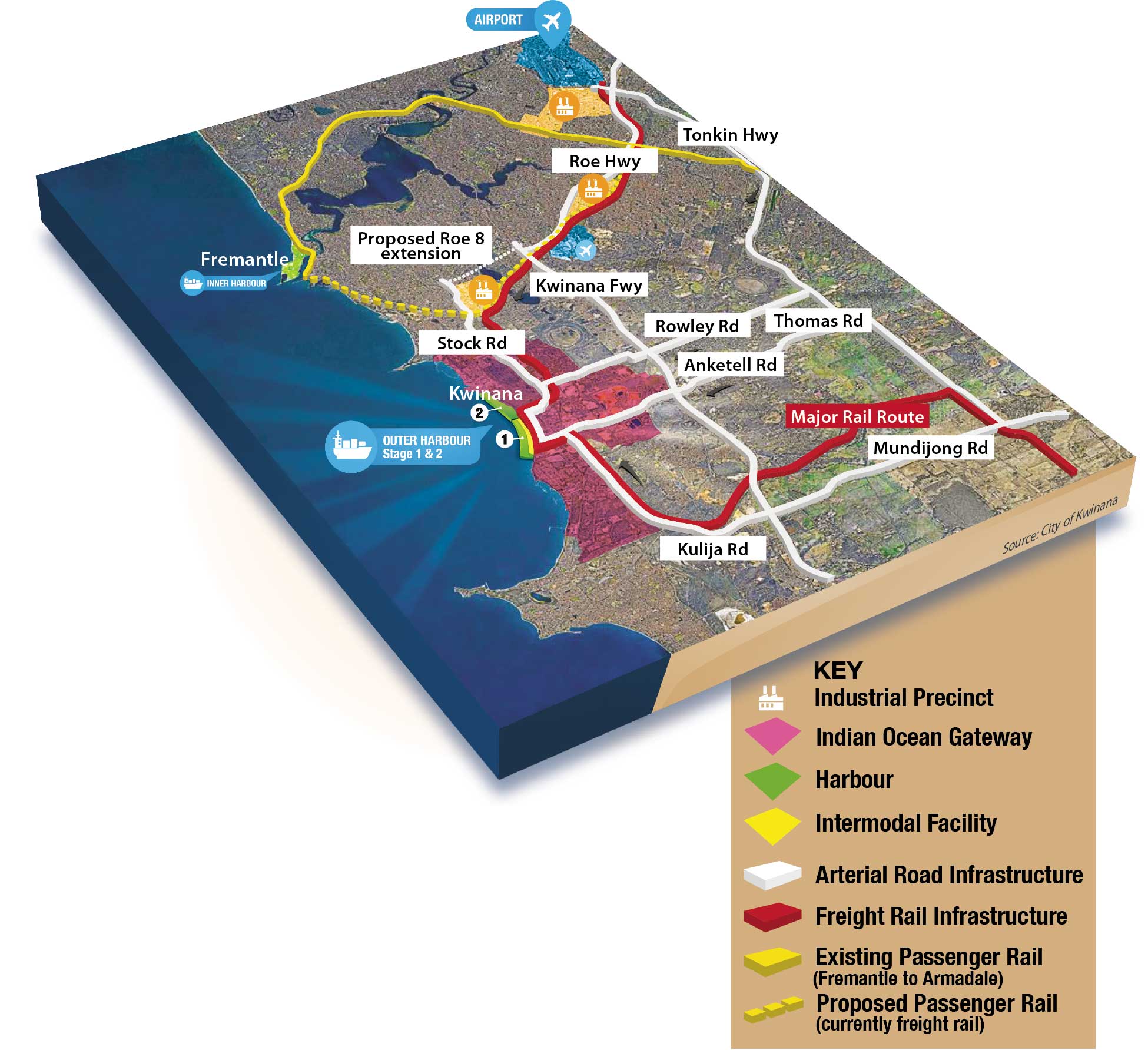 An outer harbour development would cost between $4 billion and $5 billion, and could be delivered in stages, according to the City of Kwinana.

Dredging for a land-backed port would cost around $1 billion, while other costs would include upgrading of Rowley Road and Anketell Road, two key freight links into Kwinana.

Such upgrades would be substantially less expensive than the $1.6 billion price tag for the Perth Freight Link, Ms Adams said.

“We know that most of the freight is coming from Kewdale,” she said.

“Anketell Road is already a 'high, wide load' and designated dangerous goods route, and Rowley Road is in reserve.

“No tunnels need to be built, no homes demolished, it would just mean diverting some infrastructure funding.”

Land sales from the existing North Quay area would raise additional funds, perhaps in the order of $3 billion, she said.

Ms Adams warned that a further issue for the existing harbour would be public acceptance by the Fremantle community for an increase in container operations through the existing port.

Backing for an outer harbour development also came from Curtin University professor of sustainability Peter Newman, who suggested the facility could be up and running in three to five years.

Professor Newman said while Roe 8 was a good idea it was connecting to the wrong harbour; Fremantle Port should be phased out, he said.

He said adjusting the freight link to provide a road option to a potential outer harbour would increase the value of a potential sale, and called for the funding contract with the federal government to be freed up to allow flexibility for road planning. 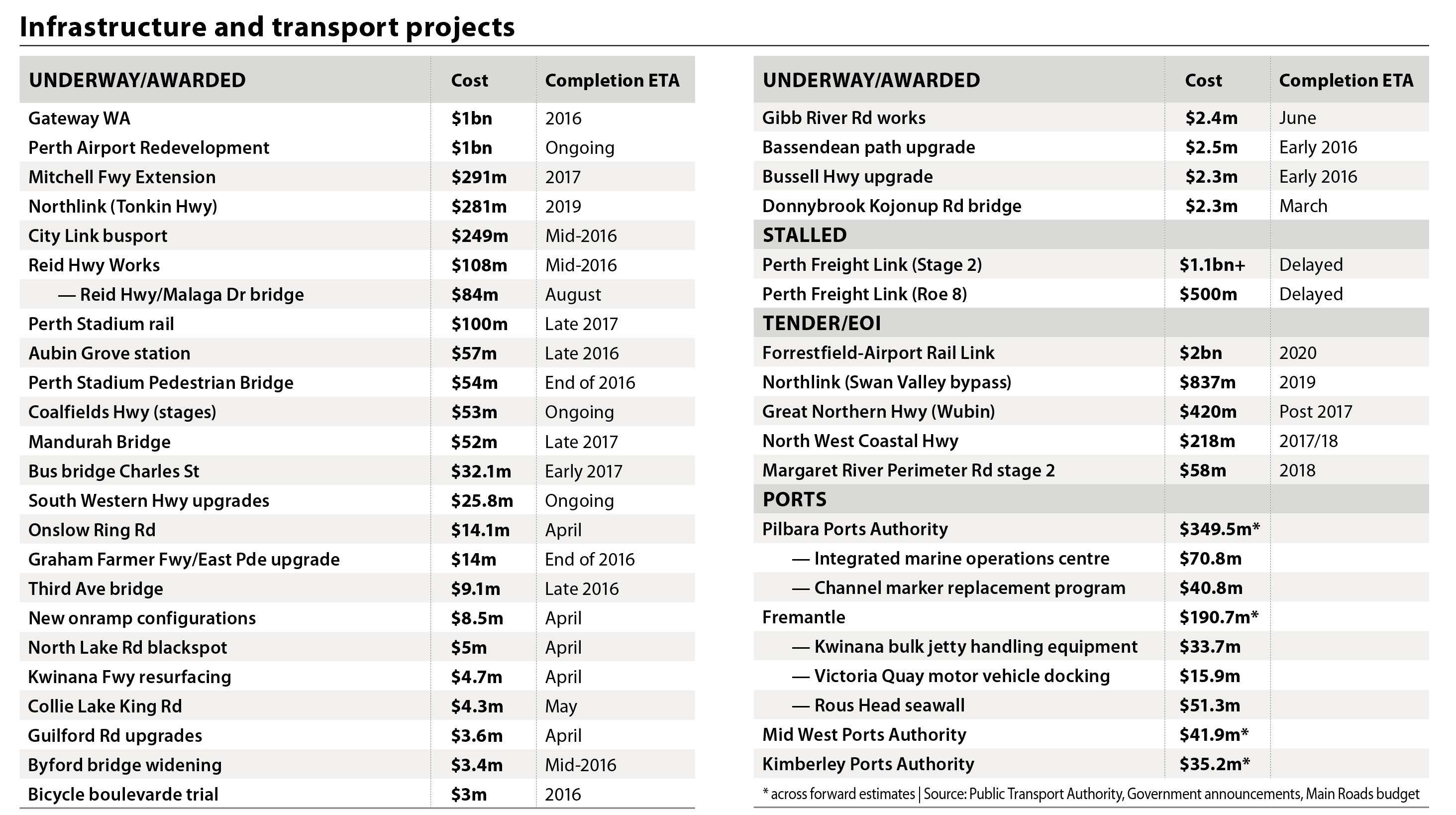 The more pertinent issue for the port is not necessarily capacity at the terminals, Professor Newman said, which could take more containers.

“(But) it’s really at its limit now in terms of truck movements,” he said.

Even the Perth Freight Link may not fix this problem, with the two current proposals leading to increased traffic in Fremantle on Stirling Highway and not reducing congestion in the port itself.

The link would run on a long-planned road around Bibra Lake and then potentially tunnel into Fremantle, or alternately include improvements on Stock Road and High Street, cutting truck travel costs by around $8.15 per trip.

How trucks might cross the Swan River from Fremantle into the port is yet to be determined, while the Supreme Court decision last December that the Environmental Protection Agency’s approval of stage one was invalid remains another concern.

There is positive news for the state government, however.

Mr Day said due diligence for the Fremantle Ports lease was progressing well.

He said work was being done on commercial and policy issues and consultation with stakeholders progressing as the government developed a way forward on the sale.

The freight link is not the only state government transport project facing trouble.

Another is the Max light rail to Mirrabooka, which was originally pledged to be under construction this year.

Budget problems have delayed that project, however, with the government now proposing a rapid bus route as an alternative, while last week Transport Minister Dean Nalder proposed a heavy gauge underground rail line to Morley.

There’s better news on the Forrestfield Airport Rail Link, with a contract award for the $2.2 billion project expected in the middle of this year.

That project has a potential benefit cost ratio of around 1.5, meaning it’s return for the state will be lower than both the freight link or light rail, yet it is unlikely to face the political difficulty of the two.

There is a major private transport-related investment, at Perth Airport, which is spending about $1 billion in improved facilities.

In November, it unveiled a new look terminal one, operated by Virgin Australia, which had cost around $200 million, while future projects could include a new runway.