Cochrane adds to A-list board roles

Former corporate lawyer Ian Cochrane has joined the board of Ausdrill as deputy chairman, adding to a suite of board positions on the private companies of some of Perth’s wealthiest families. 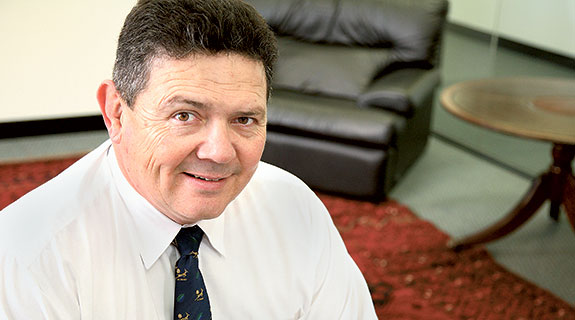 Former corporate lawyer Ian Cochrane has joined the board of Ausdrill as deputy chairman, adding to a suite of board positions on the private companies of some of Perth’s wealthiest families.

Mr Cochrane’s appointment follows a long association with Ausdrill and its managing director Ron Sayers, including providing legal services when Ausdrill floated on the ASX in 1994.

Mr Cochrane’s other board positions include being chairman of VOC Group, and a director of Wright Prospecting and Ardross Estates.

VOC Group is a British Virgin Islands company established by the late Michael Wright to manage his family’s wealth, which derives primarily from iron ore royalties paid by Rio Tinto since the 1960s.

VOC Group’s other directors include Mr Wright’s daughters Leonie Baldock and Alexandra Burt, however the company’s articles of association stipulate that a majority of directors must be non-family members.

Its royalties are paid via a half interest in Wright Prospecting, which is jointly owned by Michael Wright’s sister Angela Bennett.

Mr Cochrane joined the Wright Prospecting board at the start of November, on the same day that Michael Ashforth joined the board.

Ardoss Estates is a land development company established by the low-profile Harry Hoffman and his wife Sylvia Hoffman in 1966.

Its major project is the Turquoise Coast development at Jurien Bay, and it has other projects at Albany, Cervantes, Bunbury and Manjimup.

Mr Cochrane is the group’s fourth director, alongside the Hoffmans and Wally Cox.

Mr Cochrane was one of Perth’s most highly regarded corporate lawyers, prior to retiring as a partner at global firm Clifford Chance in December 2013.

Ausdrill chairman Terry O’Connor said his experience and knowledge of markets would be of significant benefit.

The company said Mr Cochrane had not provided legal services to the company since retiring.

His previous board experience includes being chairman of Little World Beverages, prior to its takeover by Lion Nathan in 2012.

He was also previously a director of Rugby WA and the West Australian Ballet.