Coal powers ahead amid political pressure

As the key commodity soars on healthy demand in Asia, big Australian companies may be rueing decisions to offload valuable coalmining assets in the face of intense opposition. 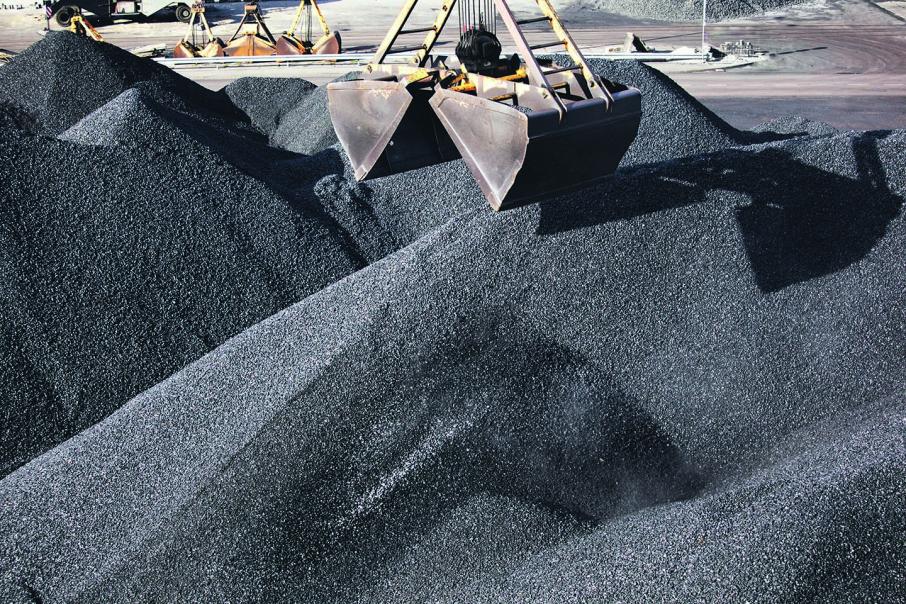 Wesfarmers sold its Curragh coal mine in Queensland to US company Coronado Coal late last year for $700 million. Photo: Shutterstock

As the key commodity soars on healthy demand in Asia, big Australian companies may be rueing decisions to offload valuable coalmining assets in the face of intense opposition.

Sellers’ remorse is a sensation suffered by anyone who sells an asset and then watches the price rise after the deal, an experience being felt today by companies which have quit coal over the past 12 months, including Rio Tinto and Wesfarmers.

Happy to get out of a business which has unleashed criticism from environmental activists, politicians and shareholder lobby groups, the exits were achieved at prices which are almost certainly less than what might be achieved today.

Rather than falling in price, because it has become a politically incorrect fuel, coal has risen thanks to healthy demand in Asia where it remains an important energy source.

It is also the mineral underpinning the rising profits of companies which have been prepared to bet on coal, including commodity-trading giant Glencore and locally listed miners such as Whitehaven.

Just how much money might have been left on the table by the companies selling is impossible to calculate, but it is probably in the tens of millions of dollars.

Wesfarmers, which has been pre-occupied for much of this year with the de-merging of its Coles retailing business, will get a glimpse of what might have been next week when the US company which acquired its Curragh coal mine late last year lists on the Australian stock market.

Coronado Coal bought Curragh from Wesfarmers for $700 million and has included the Queensland mine in its $4 billion Australian listing, which is scheduled to take place next week.

Separating out Curragh from the rest of Coronado, which also has coal assets in North America, is not easy but it is interesting to look back at the Wesfarmers exit because there must have been an expectation at the time that coal would retain considerable value.

As part of the sales agreement Wesfarmers negotiated a “value-share mechanism” linked to the future price of the metallurgical (steel-making) coal mined at Curragh, which is located in the heart of Queensland’s coal country.

“Reflecting recent volatility in spot (short-term) coal prices, Wesfarmers will also receive 25 per cent of Curragh’s export coal revenue generated above a realised metallurgical coal price of $US145 a tonne, paid quarterly over the next two years,” the company said at the time.

In other words, Wesfarmers has benefited from the high coal price since agreeing to sell Curragh, but that benefit will expire in 12 months.

Coronado, which is controlled by a Texas-based private equity business called Energy and Minerals Group, believes the type of coal mined at Curragh will remain comfortably above the $US145/t price in its Wesfarmers profit-sharing deal.

The “floor” price for metallurgical coal over the next three years, according to Coronado, will be around $US170/t, well above the $U110/t which was forecast by some analysts earlier this year.

Coal price estimates, much like the industry itself, have been polarised with negative views common among political critics of the business whereas investors with a positive view see higher future prices.

One man who is in no doubt about the outlook for coal is the world’s top commodity trader, Ivan Glasenberg.

As chief executive and a major shareholder in the London-listed (but Swiss-based) Glencore, Mr Glasenberg has been doubling up on coal exposure as other companies, such as Rio Tinto and Wesfarmers, head for the exits.

Mr Glasenberg’s plan is to dominate the high-quality end of the Australian thermal coal market, material used to generate electricity.

In a recent research report, Macquarie Bank said Glencore already produced about 35 per cent of the best-quality thermal coal exported from Australia, enough to hold effective control of the top end of the market.

The strength of Glencore’s position was demonstrated earlier this month when it struck a 12-month contract with Japan’s Tohuku Electric Power for thermal coal at a price of $US109.77/t, a 16 per cent increase on the expiring contract.

The deal was only reached after months of delay, during which the coal price rose thanks in part to its value being influenced by the rising oil price, a competing fuel.

“The fact that Glencore was able to delay the annual settlement with Japanese power utilities for four months this year, until spot prices recovered, was a remarkable demonstration of market power,” Macquarie said.

For Australia an interesting, and perhaps predictable, situation is developing with coal, which has recently reclaimed its role as the country’s most valuable export, overtaking iron ore.

But, with shrill political objections to coal, and aggressive anti-coal environmental objections, the industry itself is increasingly under the control of foreign investors.

The listing of Coronado on October 23 will refresh the coal (and foreign investment) debate because until 10 months ago one of the US company’s plum assets was part of the Wesfarmers group.

Coronado’s listing will be a guide to current values of coal assets and provide a glimpse into how much Curragh might be worth today.

For Wesfarmers shareholders, the Curragh situation is a mixed bag.

Some will be happy to have quit coal. Others will be pleased that a two-year profit share was negotiated, and some will be dismayed to have walked away from an immensely profitable industry, partly as a result of political pressure.

Diamonds in the lab

Valuing coal assets might be tricky, but there is another form of carbon which is even trickier –diamonds.

Historically, most people could only dream of owning a one-carat diamond which, in its purest and least-flawed form, could control a price of between $US4,000 and $US10,000.

The price difference is one of the annoying issues with diamonds; so much depends on personal assessment with the same diamond attracting widely different values from different people.

That problem might be changing, and in a way which is likely to upset jewellers who have been at the sharp end of a unique “pipeline.

This has seen the world’s diamond giant, De Beers, feed supplies of gems to its customers in the cutting industry, who then send the finished product out to the retail sector.

De Beers, however, can sniff the winds of change which include a looming shortage of natural diamonds as big mines, such as Western Australia’s Argyle project, close and new mines prove difficult to discover and develop.

Part of the solution to a diamond shortage is the creation of a new De Beers business called Lightbox, which “grows” diamonds in a laboratory.

This new range of lab-grown diamonds, to the annoyance of the jewellery industry, are much more than the synthetics of earlier years.

They really are indistinguishable from mined diamonds and are being sold at a fraction of the price with a one-carat gem selling for about $US800.

Lab-grown diamonds will not appeal to everyone but the fact that De Beers has launched a business it said it never would, signals that a sea-change is under way, and that’s not good news for diamond miners.