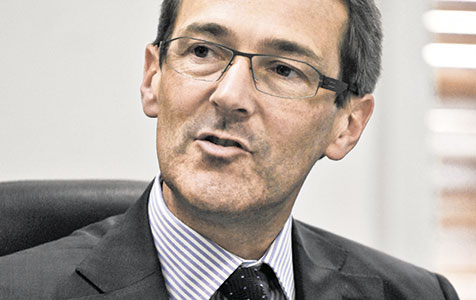 Other big players in the sector, such as health fund HBF, motoring and insurance group RAC and automotive buying group Capricorn Society all achieved solid growth.

The state’s top 25 NFP businesses lifted revenue last financial year by more than 8 per cent to $8.2 billion, according to research by Business News (see list in this week's print edition of Business News, or go to BNIQ).

Like co-operatives and mutuals, all are commercially minded organisations that seek to generate a surplus while also meeting broader objectives.

“We’re trying to increase the profile of co-operatives and mutuals as an alternative business structure,” Mr Wall told Business News.

Business Council chair and CBH chief executive Andrew Crane said there was a common misconception that co-operatives were “inflexible, uncompetitive and all eventually doomed to fail”.

“In the case of CBH we have remained a co-operative modernising our constitution and business practices but never our belief in a co-operative business model,” Dr Crane told the council launch.

“It is therefore not by chance we have made it this far.”

Dr Crane said CBH was "set apart because it had never lost its reason for existence – to create and return value for grain growers".

Putting that concept into practice has led to a significant diversification of its operations, with a $12 million investment in NSW grain handler Newcastle Agri Terminal.

CBH has joined multinational grain traders Glencore and Olam as investors in NAT, which has undertaken the first major grain port development in NSW in more than 25 years.

NAT loaded its first-ever shipment of grain early this year and is currently evaluating further investment in grain storage and rail facilities in NSW.

While CBH is increasing its investment on the east coast, private grain traders are making inroads into the deregulated WA market.

The WA operation originally traded as United Farmers’ Co-operative, before merging with the NZ co-operative in 2008.

Ravensdown said the WA sale, and the more recent closure of its Queensland operation, was based on the poor returns it was achieving.

“Any ongoing losses are unsustainable because, as a co-operative, each part of our operation ultimately needs to stand on its own feet and contribute,” chief executive Greg Campbell said when explaining the WA exit.

Capricorn Society is another co-operative that recently had to make a tough business decision.

It announced in March that it was closing its South African operation, which accounted for just 1.25 per cent of purchases by its members.

Capricorn said the expected performance of its South African operation did not justify the significant further investment that would be needed.

Mr Wall said other parts of the business, particularly its NZ operations, were continuing to trade well, evidenced by the 23 per cent jump in net profit to $11 million for the half-year to December.

The co-operative sector is hoping its profile will get a boost from Dr Crane’s membership of the B20 group of industry leaders, which is advising the Australian government on the agenda for the G20 meeting later this year.

While Dr Crane is also representing the rural sector, this is the first time a business leader from the co-operative sector has joined a B20 grouping anywhere in the world.

University of WA professor of entrepreneurship Tim Mazzarol said his research into co-operatives and mutuals found a lot of commonality among their members.

“People see these businesses as having a purpose and that is why they signed up,” he said.

Professor Mazzarol said more work was needed on the scale of the sector, with current estimates suggesting there were about 1,600 co-ops and mutuals in Australia.