Peter Bennett has overseen a widening of Clough’s focus into infrastructure and energy. 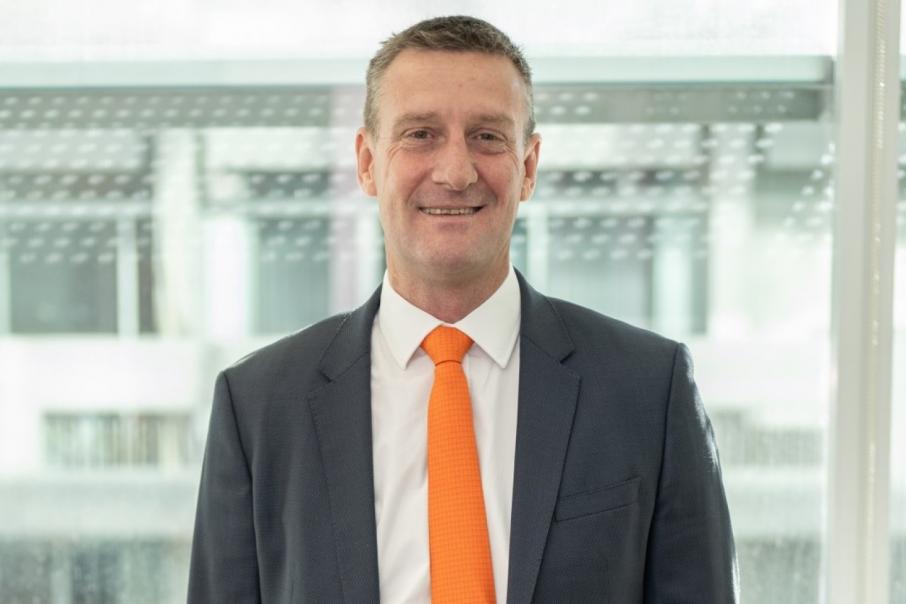 Perth company Clough is renowned for having built a diverse array of projects across the globe during its 102-year history.

Its projects have ranged from the Narrows Bridge in Perth to prawn farms in Nigeria.

Clough is particularly well known in the oil and gas sector, which provides an entrée in far-flung locations such as Kazakhstan.

But when Clough started targeting infrastructure and energy projects closer to home on the east coast, it drew a blank.

“As our strategy has pushed us into those markets, we’ve had a bit of education to do,” chief executive Peter Bennett told Business News.

The company’s wider focus has started to pay dividends, with Clough currently having a record order book.

In WA, it is also working on the $750 million Waitsia Stage 2 project.

Mr Bennett said Clough was targeting sectors that would benefit from the trend away from fossil fuels towards a low-carbon economy.

“The energy sector in general was a key target and specifically within that power,” he said.

This is the first high-voltage transmission project in Australia for more than 15 years. Clough’s push to diversify followed the LNG construction boom from a decade ago.

“We were very heavily invested in LNG and rightly so,” Mr Bennett said.

“That was a huge investment cycle in Australia.

“Clough is, to be blunt, the most capable LNG contractor and the partner of choice for many international companies.”

The subsequent downturn in oil and gas prompted the company to cast a wider net.

“The journey to where we are today started about five years ago, in terms of transitioning into a broader market,” Mr Bennett said.

“It was needed at the time I joined.

“We had to take Clough’s capability into markets that were spending money.”

He said the strategy still drew upon Clough’s core skills in engineering, procurement and construction (EPC).

“We’re taking our differentiator, which is EPC project delivery capability, and applying that across a broader market,” Mr Bennett said.

He emphasised that Clough was focused on project delivery.

“It’s different from some of the large engineering houses,” Mr Bennett said.

“Their goal is pursuit of man hours and selling large-scale engineering deliverables; we want to sell completed projects.” 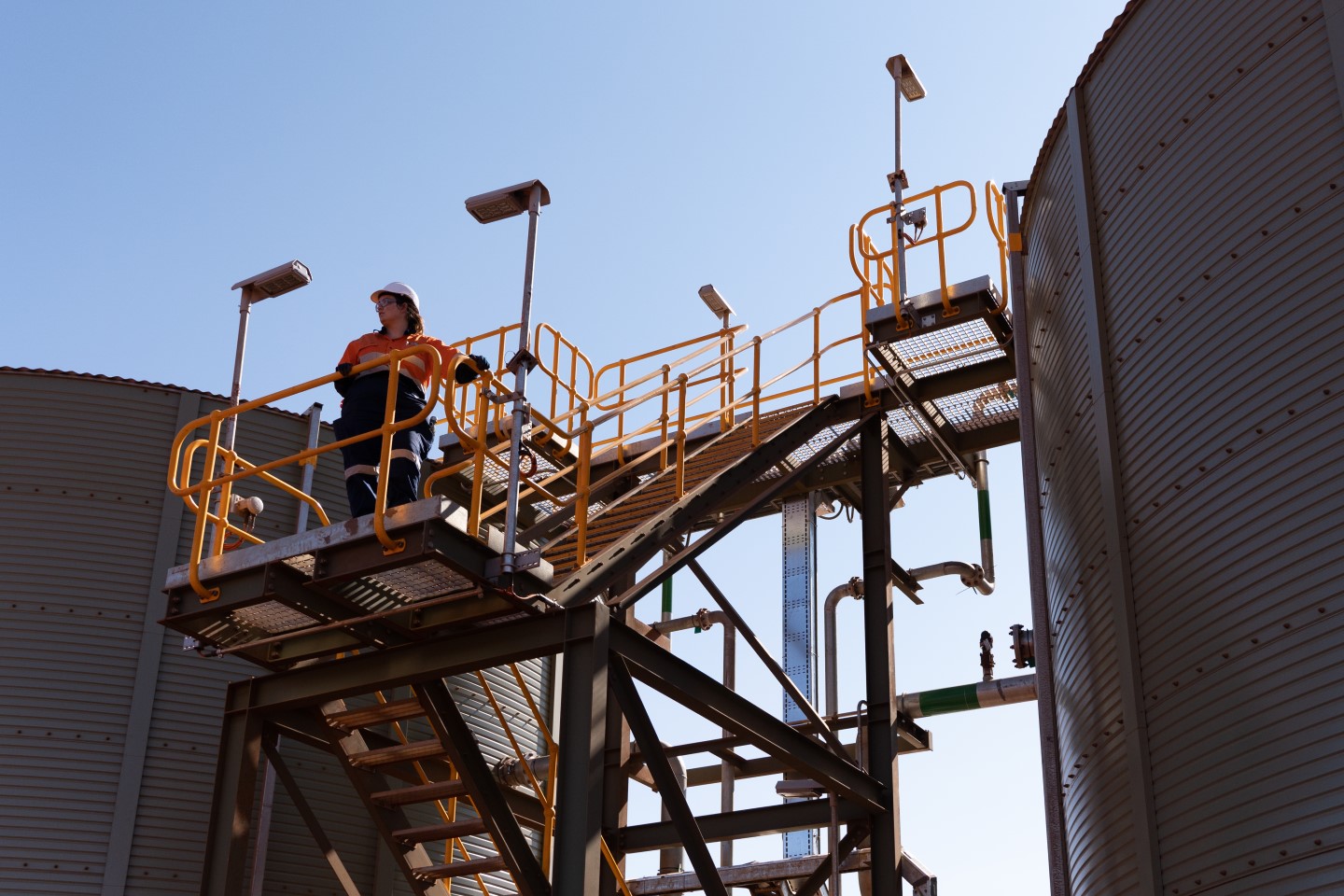 Mr Bennett brought 26 years’ international experience to Clough when he took up the chief executive role in 2016.

He joined global contractor CB&I straight from university in Sydney, and subsequently worked in Thailand, the Netherlands, the UK, US, and the Middle East.

His time with CB&I included stints in Perth, working on the expansion of Alcoa’s Wagerup alumina refinery.

Mr Bennett was responsible for all of CB&I’s international business when he left the company.

That was substantially larger in scale than Clough, but he enjoyed the opportunity to run the company.

“It was the opportunity to come in and be part of an organisation and set strategy and direction and influence the culture of the company.

“It if screws up it’s my fault, but also there’s a lot of satisfaction in the progress and the change.” Mr Bennett wears two hats in his current role.

As well as being chief executive of Clough, he heads the Energy Resources and Infrastructure (ER&I) platform at the parent company, South Africa’s Murray & Roberts.

“We are the most significant part of their business, so there is obviously a lot of interest in what we are doing,” he said.

“We have a lot of autonomy in the way we run our business.”

The ER&I group has 2,500 direct employees worldwide, with about two thirds of those in Australia. The core part is Clough’s Asia Pacific operations, run from Perth.

“Clough is a born and bred WA operation and will always be headquartered here and very proud of that,” Mr Bennett said.

He anticipates adding a further 300 individuals to the white-collar workforce in Australia in coming months, when early stage projects get into the field phase

The group also includes Scottish company Booth Welsh, which specialises in process control systems and has about 300 people.

Other companies in the group include Australian labour hire and commissioning contractor e2O, and engineering consultancies CH:IV in Houston and Enercore in Calgary (which has been rebranded to Clough).

Clough’s US presence expanded substantially in 2019 when it acquired Houston-based Saulsbury, which added a project delivery capability.

“We’ve integrated all of those businesses into what we call Clough North America,” Mr Bennett said.

“We see the US as a market where Clough needs to have a permanent operating capability.”

Its biggest win in North America is the $US620 million Next Wave petrochemical project.

The project will deliver a 28,000 barrels per day alkylate facility consisting of a new ethylene dimerisation unit and a new alkylation unit to produce high octane alkylate for sale into the gasoline blending market.

Wider role Mr Bennett said the engineering industry, and his role as chief executive, had changed a lot over the past five years.

This includes a big focus on staff and a trend towards more flexible work arrangements.

One illustration was the fact male employees were starting to take parental leave.

“If we are going to attract and retain the best people, we have to deliver on society’s expectations these days,” Mr Bennett said.

“There is the moral obligation to do the right thing but there is also the business sense that says we need to be seen as an employer that people want to come and work for.

“The gender equity focus for us is a business case.

“We invest a lot of money in developing all of our employees, and if half of them are leaving the business because they have obligations their work won’t allow them to support, then we have a tremendous drain on our organisation.”

He said the company still benefitted from its foundations as a family business and the role played by former chief executive Harold Clough.

“That culture and work ethic that Harold instilled in people is one of the things that we still benefit from today,” Mr Bennett said.

The company had also continued its community engagement, including scholarships and charitable foundations.

“Harold was the architect of that,” Mr Bennett said.

This included the impact of COVID-19, which delayed projects such as Snowy 2.0 and Next Wave, while others, such as the PNG and Mozambique LNG projects, were deferred.

It also ran into problems at BHP’s South Flank project, where it was contracted to deliver non-process infrastructure.

“Not every project goes well for an EPC company,” Mr Bennett said.

“We had some things in that. We didn’t do as well as we should have.

“We take those lessons on board and try to make sure we don’t do the same thing again.”

Clough is also facing challenges with skilled labour shortages, although Mr Bennett is more sanguine than many others.

“Skilled labour is highly sought after but I think it’s something the state can manage,” he said.

“It’s a challenge. That’s what clients pay us to do, to manage those sorts of challenges.

“Every problem has a solution: some of it will be training, some will be upskilling, and some is just being more attractive as an employer.”

Mr Bennett said one of Clough’s strengths was the ability to form successful joint ventures.

“It probably had its gestation in Harold’s entrepreneurial approach to business.”

The company’s preferred approach was to have integrated JVs, where the two parties can learn from each other. He cited Snowy 2.0 as a good example.

In this case, Clough and Italy’s We Build (formerly Salini Impregilo) established a 35:75 joint venture, which has been awarded a $5.1 billion EPC contract.

“Clough isn’t the name that springs to mind when you think of tunnelling or pumped hydro projects,” Mr Bennett said.

“But in terms of large-scale projects in Australia, with remote locations, camps, managing resources, industrial relations, logistics, those sorts of challenges, that is something Clough is very good at.

“We Build has tunnelling and hydro expertise.” Snowy 2.0 will link two existing dams through underground tunnels to the depths of up to one kilometre and an underground power station with pumping capabilities.”

It will add 2,000 megawatts of energy generation and provide 175 hours of energy storage for the National Electricity Market.

Mr Bennett said the joint venture was two years into what would be a seven-year project.

Three tunnel-boring machines have been designed and built specifically for the project, with the first due to start work in coming weeks.

Subject to closing funding, Perdaman is on track to start construction during the first quarter of 2022.

A JV between Clough and Italian company Saipem has been awarded the EPC contract.

The Waitsia gas project is also close to proceeding, following a final investment decision last December that was subject to regulatory and environmental approvals.

“That’s a project we’ve been working on with the client for about five years,” Mr Bennett said.

“Value engineering is a term that is overused, but this was a genuine example of where value engineering and working collaboratively with the client got the project to a point where it made economic sense and has moved into the EPC phase.”

The project’s joint owners, Mitsui & Co and Beach Energy, plan to invest between $700 million and $800 million in Waitsia, located in the onshore Perth Basin.

This includes the drilling of up to six wells and construction of a new 250 terajoules per day gas processing facility.

During the three-year construction phase, an average of 125 workers will be employed, with a peak of 200.

It partnered with GE to win the EPC contract for the Tallawarra stage B power station, near Wollongong.

Tallawarra is being promoted as Australia’s first net zero emissions hydrogen- and gas-capable power plant, with direct carbon emissions from the project offset over its operational life.

This will link the power grids of South Australia and NSW and includes four substations and approximately 700km of 330-kilovolt transmission line.