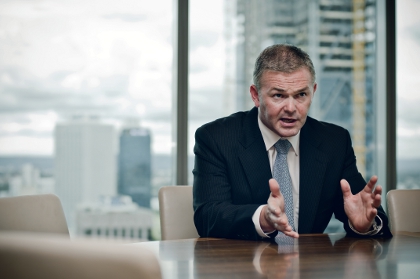 Engineering and construction contractor Clough says it is on the lookout for fresh acquisitions after selling its stake in Forge Group, less than three years after it purchased it.

Clough announced today it would sell its 30.9 million shares in Forge Group for $6.05 per share, to raise $187 million.

In May 2010, Clough closed a $2.10 per share proportional takeover offer to acquire its 31 per cent shareholding in Forge.

Clough also formed a joint venture with Forge to bid on major resources and infrastructure projects in August 2011.

Following completion of the sale announced today, Clough will no longer hold any shares in Forge.

“Clough has supported the growth of Forge as it has developed into a successful engineering and construction company over the past few years,” Clough chief executive Kevin Gallagher said in a statement.

“Forge has delivered strong growth and has been an outstanding investment for Clough.

“Clough intends to use the proceeds from the sale of the Forge shareholding to deliver shareholder value through strategic acquisitions and/or capital management initiatives.”

Forge Group managing director David Simpson said he was pleased to welcome a number of new institutional investors upon completrion of the block trade agreement between Clough and Macquarie Group.

"Their investment is a solid endorsement of the company's growth strategy and its strong financial foundation," Mr Simpson said in a statement.

"Importantly, this sale significantly improves the liquidity of Forge's register which makes the company an attractive investment to a wider range of investors."

Forge Group shares were placed in a trading halt ahead of the announcement, having last traded at $6.28, while Clough’s stock was down 3.3 per cent, or 4.5 cents.