OPINION: A new US meal-delivery model could make its way to Australia. 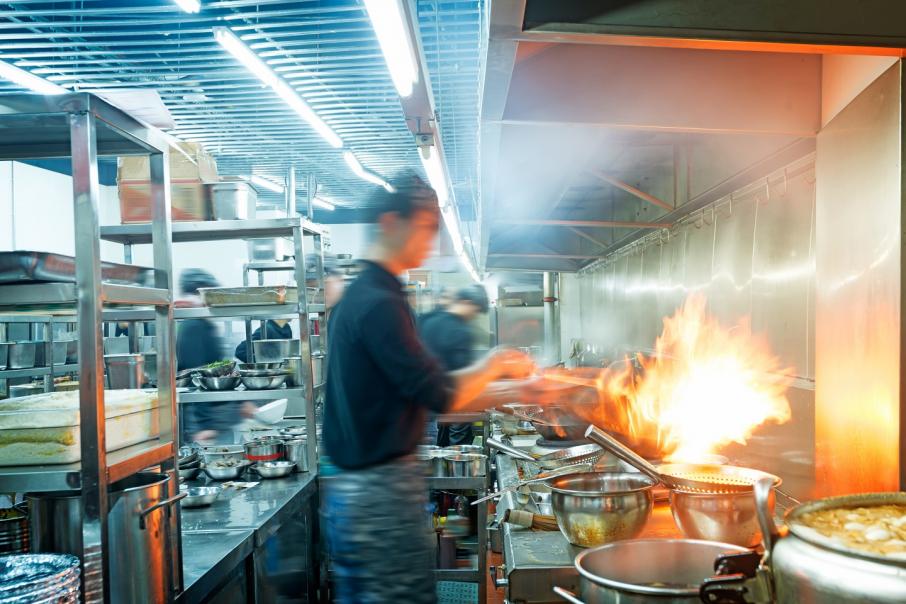 Setting up kitchens for rent and then partnering with delivery services is the basis of CloudKitchens’ offering. Photo: Stockphoto

Running a restaurant is demanding at the best of times, but it could get a lot more challenging if a US ‘ghost kitchen’ concept backed by some of the world’s richest people lands in Australia.

Just the name of the business model is enough to keep owners of traditional restaurants awake at night because they have a rough idea what a ghost kitchen involves – a food preparation service with a handful of contract workers, no shop frontage and minimal costs.

The origin of ghost kitchens lies in the home delivery of restaurant-quality meals by transport providers such as Uber Eats and Deliveroo.

But Uber Eats and its ilk are little more than a food-taxi service, acting as a middleman between the meal buyers and a restaurant, for a fee.

Now, Uber co-founder Travis Kalanick is taking the meal delivery model to another level, with the support of some well-heeled financial backers, including the government of Saudi Arabia.

Their new business is starting to make inroads in a number of US markets.

Stripped back to its basics, Mr Kalanick’s new adventure, CloudKitchens, is actually nothing more than a franchise business wrapped around a property play.

Using some of the estimated $2 billion fortune he made by selling most of his shares in Uber after he left the business in 2017, Mr Kalanick started CloudKitchens by acquiring industrial real estate sites in a number of US cities and installing kitchens for rent.

CloudKitchens’ customers are not food buyers or the delivery service, they are people wanting a low-cost start in the food business, or even well-known restaurant brands wanting to shift the home delivery business out of an existing operation. Others still may want a kitchen to experiment with a new idea that can be closed as quickly as it opened.

Mr Kalanick is reported to have tipped $US200 million of his own funds into CloudKitchens, with Saudi Arabia’s Public Investment Fund following up with a $US400 million investment.

The aim is to focus early developments in big cities with strong demand for home-delivered meals and a pool of food preparation entrepreneurs that lacks the capital to buy its own property or essential appliances.

All a budding entrepreneur needs is a website to promote what’s cooking, a delivering deal with a transport services such as Uber Eats, and enough cash to service a monthly rental agreement with CloudKitchens, which retains ownership of the real estate and much of the equipment.

Like all evolving business concepts based on blending modern technology with traditional services there are important issues for CloudKitchens to manage, not least being able to demonstrate to local government inspectors the cleanliness of the premises it rents to budding cooks.

No doubt established restaurant owners facing a fresh layer of competition will point to problems with other tech-based business models, including Uber’s driver security concerns; unless they opt to join the game by shifting their home delivery service to a ghost kitchen, of course.

A dramatic reduction in costs is the biggest advantage of a ghost kitchen because all that’s needed to become a restaurant (without a restaurant) is an ability to cook, a presence on a website, and a delivery deal with Uber Eats.

Governments and unions, which have struggled with a number of tech-based innovations, will find a lot of the ghost kitchen concept unattractive, especially in the areas of food hygiene and contractor job conditions, because no-one in a ghost kitchen is likely to be a full-time employee.

Managing the multiple environment, social and governance issues associated with a ghost kitchen will keep Mr Kalanick and his backers on their toes, though their experience with Uber should mean they’re well prepared for the backlash that will surely come.

Environmental, social and governance issues of the sort likely to be faced by CloudKitchens have become critical to most businesses, as Westpac Bank discovered to its cost last month when it failed a governance test over foreign transaction laws.

Mining in Western Australia, which has its fair share of environment and social issues, might also have a governance concern on the boil in the form of high-grading ore bodies.

Not a subject discussed in the wider community or at a political level, yet, high grading was a big issue when the Pilbara iron ore industry was launched in the 1960s, with state agreements requiring investment in value-added processing of low-grade ores to ensure the long-term survival of the industry.

BHP and Rio Tinto have made several attempts to comply with anti high-grading requirements by investing in a number of low-grade processing technologies such as hot briquetted iron (failed), Hismelt (failed) and pellet making (failed).

Those expensive flops have coloured the views of management at BHP and Rio Tinto, with both companies reverting to a system of blending high and low-grade ores to maximise mine life.

But pressure could be developing for a fresh attempt at value-added processing if only because other, smaller iron ore miners, are doing it.

Fortescue Metals Group is investing in a magnetite mining and processing business, which turns a low-grade ore into a valuable product for blending.

CITIC Pacific Mining does nothing but process low-grade ore, and now Hancock Prospecting is investing in a magnetic separation unit to turn material earmarked for a tailings dump into a saleable product.

At some point a government agency is going to ask BHP and Rio Tinto what they’re doing to process low-grade ore as a way of extending the life of WA’s most valuable industry.

The quality of iron ore exports might be in the news soon for another reason, as grade discounts return amid rising steel prices in China.

The discount, which almost disappeared earlier this year, is applied to ore with a high level of impurities such as silica, alumina and phosphorous, which can slash the price received for some ore.

At its worst the discount opened a wide gap on the most commonly quoted ore (material with a 62 per cent iron content) meaning that while producers of premium quality ore might be getting $US100 a tonne, second-grade ore was attracting a price as low as $US60/t.

Fortescue bore the brunt of the discounting, which is one reason why it’s investing in an ore processing facility in order to achieve a higher average grade of its exports.

According to analysts at Credit Suisse, the discount on ore with a 58 per cent iron content and high alumina has rocketed from around 10 per cent to 23 per cent, as Chinese steel mills switch their blast furnaces over to more productive ores that generate less waste.