The Anglican Church’s move to distance itself from fossil fuel-related industries could have implications for its CBD property portfolio, with up to nine resources sector companies that lease office space across the church’s commercial buildings. 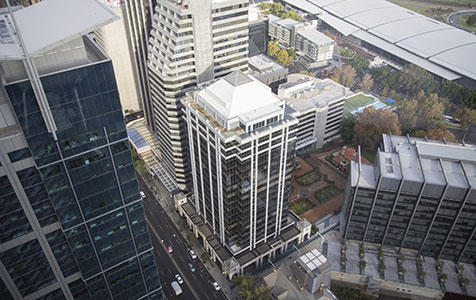 The Anglican Church’s move to distance itself from fossil fuel-related industries could have implications for its CBD property portfolio, with up to nine resources sector companies that lease office space across the church’s commercial buildings.

The Anglican Diocese of Perth announced last month at its annual Synod that it had committed to tackle climate change by abandoning investments in fossil fuel-exposed industries.

The move has possible implications for the church’s investment arm, the Perth Diocesan Trustees.

The church said it would examine its commercial property investments carefully to determine the extent to which it was directly or indirectly exposed to fossil fuel investments.

The shift is an interesting move for the church, as it comes at a time when Perth’s commercial office leasing and sales market is tracking well below long-term activity levels.

The latest office market report from commercial agency Savills showed Perth’s leasing market is particularly challenging, with face rents declining and incentives increasing to around 25 per cent across all office grades.

Leasing activity for the 12 months to the end of September were down around 48 per cent compared with the previous year, suggesting the church would face an uphill task if it were to seek replacement tenants.

Sales transactions have also been extremely limited, but Savills said that was due to a lack of stock offered for sale rather than a lack of demand.

The church will produce a report within the next year detailing how it will divest its investments from fossil fuels and divert its funds into renewable energy projects.

A similar measure was adopted by the City of Fremantle last week, which announced that it would not place any council funds into banks or financial institutions that supported fossil fuel industries, unless there was no alternative.

Fremantle Mayor Brad Pettitt said the move made the council the first local government to divest for the reason of tackling climate change.

“The city has already committed to carbon neutrality and more recently became the joint first One Planet council in Australia, so divesting funds away from financial instruments that might increase the overall investment in fossil fuel industries was a logical next step to take,” Mr Pettitt said.

The city will maintain a register on the level of investment in financial institutions seeking to reduce exposure to carbon intensive industries, Mr Pettitt said.