Climate activists have brought traffic to a standstill in Perth's CBD as streets were shut down and police arrested protesters causing disruption. 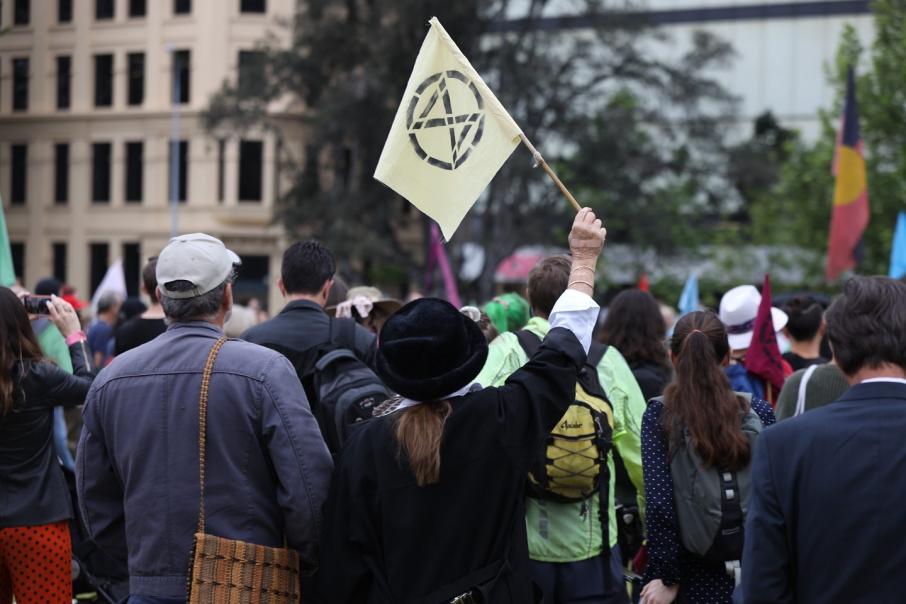 Climate activists have brought traffic to a standstill in Perth's CBD as streets were shut down and police arrested protesters causing disruption.

Major roads, including a freeway exit into the city and the intersection at the Hay Street Mall and William Street, were at a complete standstill this morning.

Talkback callers complained they could not get to work because police were blocking them.

Extinction Rebellion protesters marched through the city, and at one stage stopped to do yoga.

Among the protesters was former federal MP Scott Ludlam, who was arrested in Sydney earlier this week at a climate protest.

"I'm willing to put my body on the line," Mr Ludlam said.

The protesters also handed out flyers apologising for the inconvenience.

"We are in a climate and ecological emergency," the flyer read. "We need the government to make changes now and they are not listening.

"Non-violent disruption is the only morally acceptable tool we have left."

Police are yet to formally confirm the number of arrests and move-on notices, but at least one arrest involved a man dressed as a pirate who had glued his feet to a makeshift ship.

Power tools had to be used to cut through pipes that some protesters used to join their hands.

"WA Police, with the assistance of Department of Transport and Main Roads, have been assisting with the flow of traffic in the area to mitigate disruption to motorists," a police spokeswoman said.

"Officers are seeking to resolve this issue as soon as possible to return the flow of pedestrian and vehicle traffic in the Perth CBD, and thank the community for their patience."