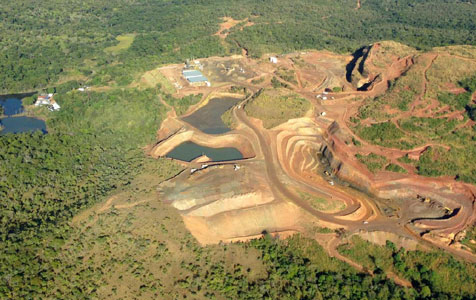 Cleveland Mining shares have gained slightly after the miner was granted a licence to construct a carbon in leach (CIL) processing plant at its Premier gold mine in Brazil.

The company said the CIL plant would substantially increase the amount of gold it recovers during processing.

Managing director David Mendalawitz said the company had stockpiled around 30,000 tonnes of ore while its ball mill was being repaired in recent months.

“Even with the current gold price and using only the gravity circuit, Premier is anticipated to be cash-flow positive during the next quarter,” Mr Mendalawitz said in a statement.

“Using cyanide will substantially increase recovery with what is expected to be only a small increase in operating expenses.”

AT close of trade today, Cleveland Mining shares were up 2.2 per cent, at 9 cents.