Classic rocks, is there life on Mars?

Ahead of National Science Week, Martin Van Kranendonk spoke to Business News about what WA’s stromatolites can reveal about our universe. 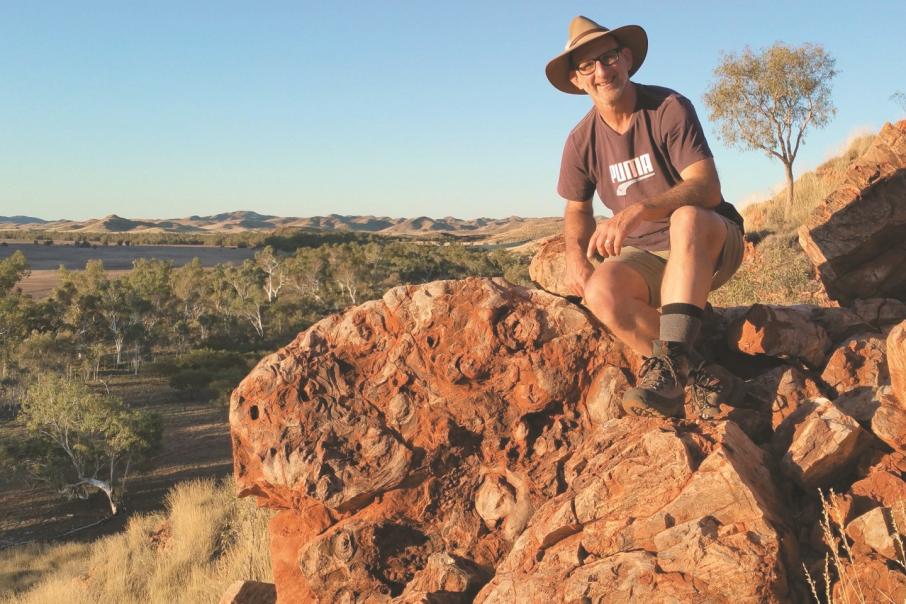 Martin Van Kranendonk says stromatolites in the Pilbara can help reveal the best place to find traces of life on Mars.

Ahead of National Science Week, Martin Van Kranendonk spoke to Business News about what WA’s stromatolites can reveal about our universe.

Held across all capital cities annually since 1997, National Science Week celebrates the role of science and technology in Australia by encouraging the public to take an active interest in topics as varied as sustainability, innovation and space travel.

Science Week is now in its 22nd year, with multiple events scheduled to take place in Perth next month (August 10 to 18), including a celebration of women in science at Kings Park and an international science film festival at the Perth Cultural Centre.

Meanwhile, BHP will tackle the subject of space exploration with its ‘Life on Mars’ event on August 15, a panel discussion to be held at the Perth Convention and Exhibition Centre.

‘Life on Mars’ will bring together some of the world’s leading astrophysicists and scientists, with NASA’s Mitch Schulte, Arizona State University’s Paul Davies, and Martin Van Kranendonk from the University of NSW to discuss what stromatolites – fossilised rocks of layered cyanobacteria – in the Pilbara region can reveal about the existence of life on Mars.

“The exciting thing [about the possibility of life on Mars] is that it has a lot of the right ingredients for having had early primitive type of life, like rocks, volcanoes and water,” Professor Van Kranendonk said.

“Those are the main ingredients we had on earth, and we know that life is here.

“The question is, can it happen somewhere else?

“If it does, it’s very likely [there is life] everywhere through the universe, and that’s an extraordinary concept for us to get our heads around.”

Professor Van Kranendonk told Business News he became interested in Western Australia’s stromatolites while studying at the University of Toronto in the 1980s, being drawn to the Pilbara’s unique geology, sandy rivers and gum trees.

“They have lots of stromatolites in Canada, but none are as old or as enigmatic as the ones found in WA,” Professor Van Kranendonk said.

“They contain some of the oldest signs of life anywhere on earth, and I was fascinated by early earth and what the planet was like back then.

“The signs of life became very interesting [for me] in terms of the habitats that life was thriving in.”

Moving to the University of Newcastle in 1994, he became friends with Malcolm Walter, one of the world’s foremost experts on stromatolites, eventually taking over from him as director of the Australian Centre for Astrobiology in 2012.

That position later inspired his interest in the possibility of life on Mars.

“On Mars … there’s a whole planet to explore, and you want to know where the best place is to go and find incredibly subtle traces of early life,” Professor Van Kranendonk said.

“That’s why we’ve been involved with NASA and the search for early life on Mars.”

Believed to be billions of years old, stromatolites are some of the oldest fossils on earth and are found throughout Australia, South America and the Caribbean.

Professor Van Kranendonk said what made stromatolites in the Pilbara so interesting was their age (more than 3.5 billion years old), and the fact they displayed more subtle traces of life than those found elsewhere.

That means they are similar to rocks found on Mars, which is why Professor Van Kranendonk will lead a trip for NASA and ESA scientists to the Pilbara in August to study them closely.

“The science community is trying to find ways of building confidence in interpretations of ancient rock matter,” he said.

“That’s why they’re getting together and studying these ancient rocks to find out the most convincing evidence of life.”

Personally, Professor Van Kranendonk said answering the question of whether or not there was life on Mars was fundamental to humanity, and would tie humans more closely to the natural world.

“I grew up in nature and spend my time there doing geology studies,” he said.

“If we were able to show that life is a common feature of the solar system and the universe, that would make me personally feel more secure in our place in the universe.”