Cottesloe-Claremont has been named the country’s fastest growing area for apartments, despite Western Australia continuing to have one of the lowest shares of medium-density housing approvals of all the states, according to a Bankwest report released today. 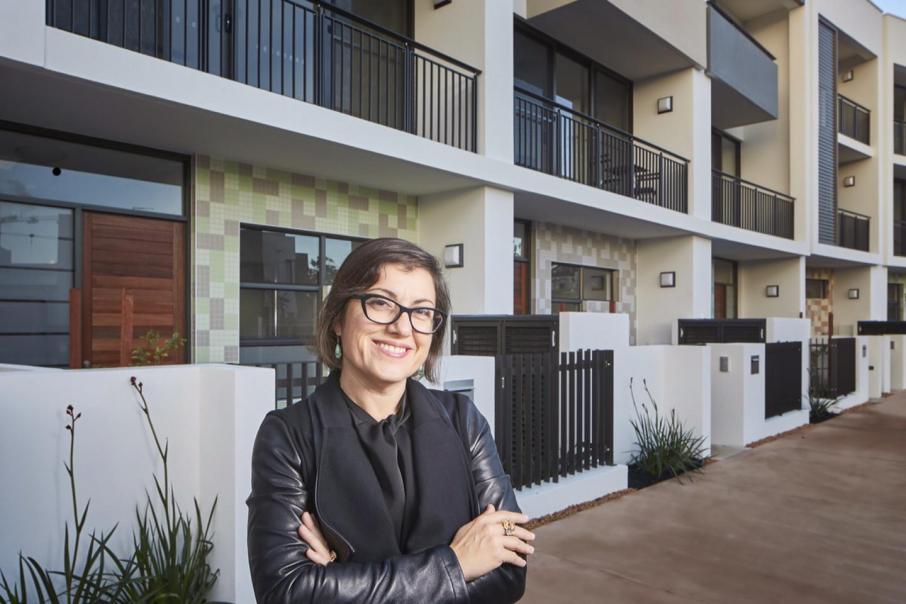 Tanya Trevisan says the demand for apartment living in the suburbs is clear evidence of a shift in thinking among Perth homebuyers. Photo: Greg Hocking

Cottesloe-Claremont has been named the country’s fastest growing area for apartments, despite Western Australia continuing to have one of the lowest shares of medium-density housing approvals of all the states, according to a Bankwest report released today.

The Bankwest 2017 Housing Density Report shows approvals for medium and low-density housing dropped in WA by around a quarter (27.1 per cent and 23 per cent respectively) in the 12 months to March 2017, the largest decline of any of the mainland states.

Bankwest general manager broker sales, Stewart Saunders, said tougher economic conditions, a fall in WA’s population growth, a soft property market, as well as the volume of rental properties available and the corresponding falling rental rates were all contributing factors to the drop in the state’s housing approvals.

However, Mr Saunders said while the report showed a general downturn over the 12 months to March 2017, there were pockets of notable growth.

“The analysis of the data has allowed us to produce a top 10 of the Australia’s fastest growing areas for apartment-style living. Interestingly, the area of Cottesloe-Claremont in Perth came out on top,” he said.

“Over the 12 months to March this year, over half (50.2 per cent) of all housing approvals in that area were for medium-density housing.”

That was up from 7.1 per cent in the previous 12 month period.

“Looking closer at what’s happening at a local level, it would appear the Claremont on the Park development, where there are plans to build some 750 apartments, is the reason for the slight anomaly.”

TRG Properties, which developed the Empire Apartments at Perry Lakes and the Marina Edge Oceanfront Apartments in Port Coogee, recently purchased the biggest apartment site at Claremont on the Park from LandCorp.

Chief operating officer Tanya Trevisan said the findings of the report had underscored the importance and the growing acceptance of quality infill development in Perth.

“Providing a greater range of quality housing choices, including apartments and townhouses, in established near-city areas is crucial to catering for our growing population and making the most of our existing infrastructure and amenity,” Ms Trevisan told Business News.

“The surge in demand for apartment living in the suburbs highlighted by the report is clear evidence of that shift in thinking among Perth homebuyers.

“Our buyers are usually local to these areas, and want to remain close to their family and friends and the amenity and lifestyle that they value most about their neighbourhoods. They also recognise the future limited supply of these blue-chip areas as an investment.”