Engineering company Civmec has secured the contract for the construction of the $6.3 million Kids’ Bridge connecting Perth Children’s Hospital with Kings Park. 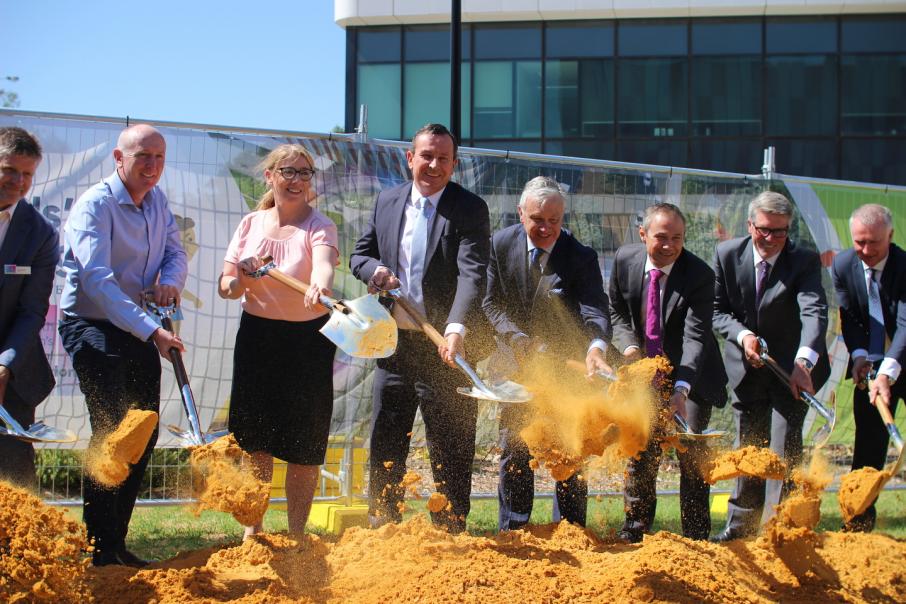 Work is set to commence on the long-awaited $6.3 million Kids’ Bridge connecting Perth Children’s Hospital with Kings Park after engineering company Civmec secured the contract for its construction.

The 217-metre structure will require almost 300 tonnes of locally manufactured steel, with more than 40 people to be employed during the construction process.

The colourful bridge will feature wheelchair access and programmable lighting that will coordinate with other structures, including the Matagarup Bridge.

The project, funded by the Perth Children's Hospital Foundation, is designed to allow sick children and their families easy access to Kings Park and the Botanic Garden, providing respite from the hospital setting.

The design and construction of the project is being managed by Main Roads WA as part of a collaborative approach between the foundation, the City of Perth, government departments and the QEII Medical Centre Trust.

Perth Childrens Hospital Foundation chair Ian Campbell said the Kids' Bridge had been a long time coming, and progressed after he pointed out that a direct connection with Kings Park was what was missing from plans for the new children’s hospital back in 2010.

He said it was serendipitous that an advisory group of young patients had the same vision - coming up with the idea of a bridge and bringing the project to life.

When faced with bureaucratic red tape and naysayers that believed the project would be too expensive, Mr Campbell said it was the advisory group’s vision that kept him going.

During a site visit yesterday, Premier Mark McGowan said he was pleased that the state government could work alongside the foundation to ensure the project gained the necessary approvals and said the new bridge would be a “marvelous addition” to make life better for sick children.

“It’s a wonderful project which will improve the quality of life for children, families and staff in the entire precinct,” he said.

The Perth Children's Hospital Foundation is also in the process of financing and building a hospice in Swanbourne for terminally ill children.