Civmec brings in $65m of work

Perth-based contractor Civmec has won a number of new contracts and additional work, worth a combined value of $65 million. 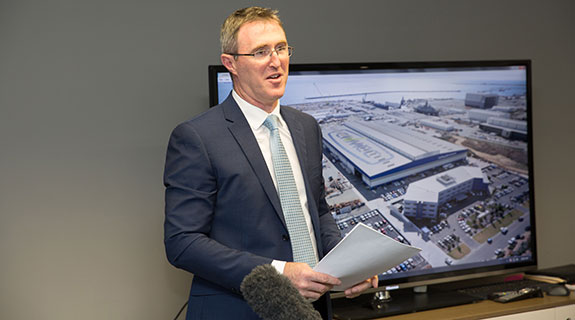 Perth-based contractor Civmec has won a number of new contracts and additional work, worth a combined value of $65 million.

The Singapore-listed company has secured several contracts for work in Western Australia, including its third contract for work on the South Hedland combined cycle gas power station for IHI Engineering Australia, with the scope involving structural, mechanical, piping and electrical work.

Work under the contract will begin immediately, with the facility to have a total power generation capacity of about 150 megawatts.

Civmec has also been awarded a contract for the fabrication of 17 subsea jumper spools, along with associated lifting equipment, at Shell’s Prelude floating liquefied natural gas project, adding to the contractor’s list of contracts in the energy sector.

It is Civmec’s second contract win at the plant, with work under the contract is scheduled to be completed by January.

Outside of Western Australia, Civmec has been awarded a civil package by Lendlease for the Department of Defence’s helicopter training system project in New South Wales, with the scope of work involving earthworks, excavation, demolition, road works and landscaping services.

It was also handed a contract for the supply of precast concrete elements for the NSW government’s Pacific Highway upgrade project, awarded by the Acciona Ferrovial joint venture.

Civmec will manufacture and deliver bridge barriers and transfloor panels for the 20-kilometre Warrell Creek and Nambucca Heads portion of the works.

Chief executive Pat Tallon said having established a presence on the east coast only a few months ago, Civmec was pleased to secure its first project in northern NSW.

“By establishing our new precast facility in Macksville, we hope to further increase our service offering and operational output in the region,” he said.

The contractor's work book now stands at about $263 million.