More than 135 matters of suspected criminal conduct concerning The City of Perth have been referred to the commonwealth and state authorities, following the completion of a high profile, two-year inquiry into the city’s council and administration. 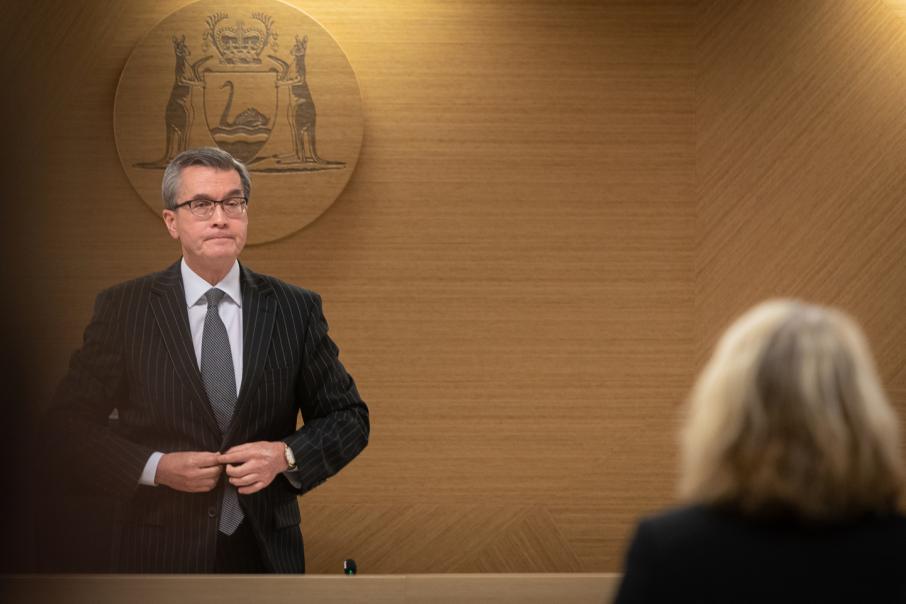 Tony Power repeatedly described The City of Perth as having been dysfunctional and inefficient under the now-suspended council. Photo: Gabriel Oliveira

More than 135 matters of suspected criminal conduct concerning The City of Perth have been referred to the commonwealth and state authorities, following the completion of a high profile, two-year inquiry into the city’s council and administration.

Presenting the findings of the report this morning, Commissioner Tony Power made numerous damning accusations against the city, describing its council as poorly led and dysfunctional.

That included former mayor Lisa Scaffidi, who Mr Power described as a divisive figure who encouraged factionalism within the council.

Those words follow previous allegations made against Ms Scaffidi, who successfully challenged an 18-month disqualification in 2017, after the State Administrative Tribunal found she had breached the Local Government Act 45 times by not disclosing third party-funded travel and accommodation.

“Some members of the council and administration engaged in improper and unethical conduct,” Mr Power said.

“The trappings and privileges of high office, in the form of dining, clothing and grooming allowances were exploited by some members of the council.

“They often did so for their own personal benefit, at the ratepayer’s expense and with little regard for the interests of the community as a whole.

Outlining the report’s findings, Mr Power described the city’s council in damning terms, saying they had failed to act responsibly in their capacity as elected officials.

“Under their watch, the administration at many levels made, and were allowed to make, too many poor decisions across a broad range of matters,” he said.

“This included poor decisions in the procurement of goods and services, project management, human resources and grants and sponsorships.

Mr Power repeatedly described these failures as avoidable, saying some council members had approached many requirements in a ‘tick the box’ fashion and had exploited their dining, clothing and grooming allowances.

Further to that, he said councillors had failed to provide effective leadership by interfering in the city’s administration, leading to failures to act on instances of misconduct and failures to properly manage the city’s finances.

“Many of these poor decisions were the result of poor governance practices and the city, which was set against a background of widespread culture and systemic failings,” he said.

“As a result, the city was in many ways a dysfunctional and inefficient organisation.”

Mr Power’s closing remarks ended what he described as the largest, most complex and most significant inquiry of its kind in Western Australia’s history, following the council’s suspension in April 2018.

According to Mr Power, the inquiry had analysed 49 different aspects of the city’s operations during a 26-month-long investigation, with 30 of those matters then given closer inspection.

Around 4 million documents and 104 witnesses were examined in that time, with an unnamed number of witnesses being described as obstructive and obstinate.

While Mr Power noted that restoring good governance to The City of Perth will be long and slow, he said the city’s appointed commissioners had taken positive steps to address failings identified in the reporting.

He also offered thanks to the inquiry team, noting that he made no apology for the inquiry being longer than would otherwise have been expected.

“It was necessary,” he said.