City of Perth chief executive Gary Stevenson has been sacked, three years into a five-year contract, following a horror year for the council. 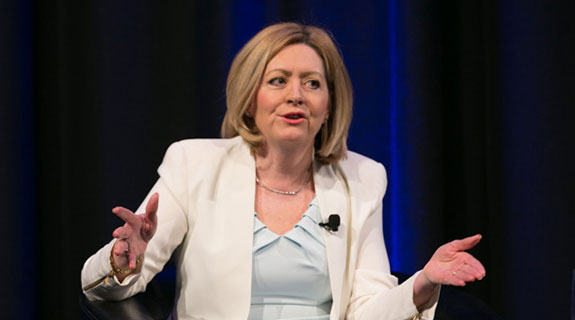 City of Perth chief executive Gary Stevenson has been sacked, three years into a five-year contract, following a horror year for the council.

City of Perth has appointed its planning and development director, Martin Mileham, as acting CEO after today announcing Mr Stevenson’s position had been terminated immediately, but without giving a reason other than wanting “to set a new direction for the city”.

Business News understands a committee, which included Lord Mayor Lisa Scaffidi, surveyed councillors and the council’s main directors on Mr Stevenson’s performance before recommending that he be dismissed.

His removal follows a tumultuous year for the council, headed by a controversy surrounding Ms Scaffidi, who in October was found to have “signally failed in her duties” by the Corruption and Crime Commission.

Ms Scaffidi said today Mr Stevenson’s termination was not related to his performance or the CCC investigation, that he had mutually agreed to leave, and that the council was grateful for his service.

It’s understood the council held a special meeting today at 9.30am, the first in 2016, to decide on the matter, with a unanimous vote taken to terminate Mr Stevenson’s contract.

The CCC report, which related to Ms Scaffidi’s failure to disclose gifts and travel contributions from miner BHP Billiton and shopping centre developer and manager Hawaiian, found the lord mayor had acted with serious misconduct, but had not acted corruptly.

Councillors cannot accept gifts worth more than $300, and those valued between $50 and $300 must be declared and their description put on a register.

The investigation related to Ms Scaffidi’s failure to disclose an Olympics hospitality package, comprising of an all-expenses paid trip to the 2008 games in Beijing, valued by her host BHP Billiton at $US36,826.

The investigation also looked into her accepting in 2008 three nights’ accommodation for her and her husband at the Cable Beach Club Resort & Spa in Broome, on the weekend of the Broome Cup, from Hawaiian.

It found both gifts were substantial; in the case of the Olympics package there had been “deliberate” and “evasive” intentions to keep it confidential, and neither gift had been disclosed.

While the CCC found the time for any breach action had expired, the Department of Local Government and Communities is currently undertaking a review, with findings expected to be handed down in the next few weeks.

Ms Scaffidi said she had not been in contact with the department, which told Business News it wouldn't comment while the investigation was ongoing.

“Obviously the issues of the last 12 months are still being sorted out from my perspective," Ms Scaffidi said.

"Personally it’s been a very interesting time for me. A learning curve for me, in terms of many of the governance issues. I’m looking forward to that being concluded." .

Despite the CCC’s findings coming out weeks before last year’s council elections, Ms Scaffidi was elected for a third term, receiving 54.8 per cent of just over 4,000 votes, beating her one contender, sitting councillor Reece Harley.

His information was subsequently passed to the department’s investigation, and those councillors were later involved in voting on his dismissal.

Ms Scaffidi said any attempt to link those incidents were "spin", proved in part by a unanimous vote by all councillors to remove him.

It appears other reasons may have come in to play, such as Mr Stevenson's expertise in local government reform, skills no longer needed following failed attempts by the Barnett government to dramatically change council boundaries.

“We are going into a time where obviously local government reform didn’t occur to the extent it was going to and the boundary changes aren’t as large," Ms Scaffidi said today.

"The City of Perth has gone through a significant internal reorganisation of our operations, which we believe is going very well and we believe now it’s time to look at a different style of management for the executive that will obviously assist us in connecting with the stakeholders and repositioning the City of Perth as the capital city for Perth.

It’s also understood the council views the job market for new candidates to be favourable at the moment, although Mr Mileham is well regarded within organisation.