Closing the Perth City Deal, tackling homelessness and antisocial behaviour, and providing opportunities for population growth are expected to be the top challenges for a new chief executive of the City of Perth. 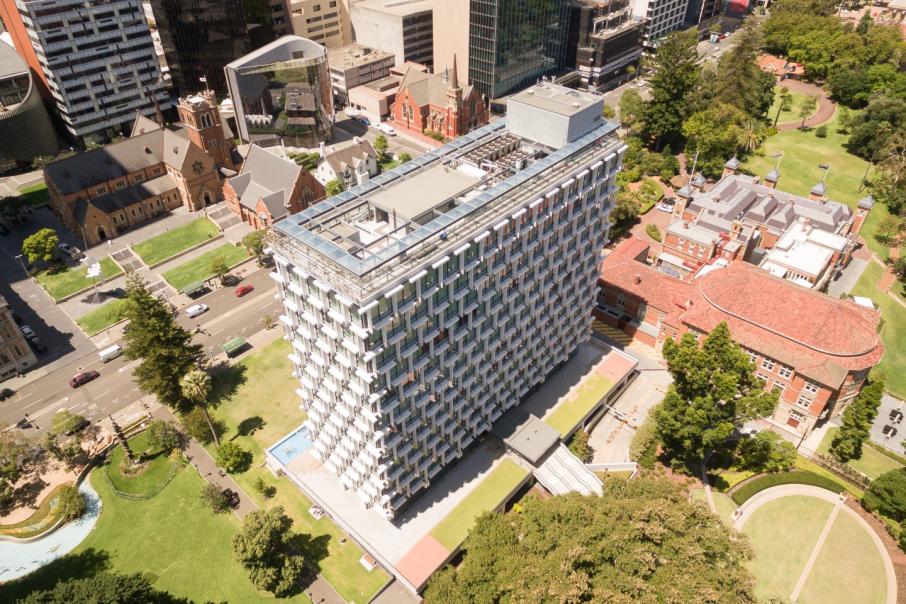 Council House will have new-look leadership in place at both executive and council levels by the end of the year. Photo: Gabriel Oliveira

A new era is emerging at the City of Perth, with the search for a new chief executive under way and a new mayor and council to be elected in October.

Closing the Perth City Deal, tackling homelessness and antisocial behaviour, and providing opportunities for population growth are expected to be the top challenges for a new chief executive of the City of Perth.

Nearly two years after the City of Perth council was suspended, and days after it was dissolved, a national search has been launched by recruitment agency Lester Blades for a new chief executive to replace acting CEO Murray Jorgensen.

Since March 2018, control of the City of Perth has been in the hands of commissioners, appointed to fulfil the role of the council after a long period of infighting among elected officials, punctuated by allegations of corruption against Lord Mayor Lisa Scaffidi.

City of Perth chair commissioner Andrew Hammond said while the circumstances were certainly not ideal to be searching for a new chief executive, he believed the job would be a once-in-a-career opportunity.

“The plus side is that there have been four highly experienced local government and broad governance operatives who have come in during the past two years and essentially acted as management consultants and have renewed pretty much every aspect of the organisation,” Mr Hammond told Business News.

“We have managed to recruit an industry-leading executive team so the new CEO can look forward to working with a really talented, motivated and committed group, and also know that a lot of the heavy lifting has been done.

“I can’t attribute blame to anybody or any group for the position that the city is in, but what we can say is that we were very strategic in highlighting where the problems were and focused our resources on fixing them.”

Mr Hammond said the commissioners, initially led by the late Eric Lumsden, had systematically undertaken significant structural changes to the City of Perth, including its numbers of senior management as well as systems and policy.

“We decided it was necessary to do that first so the new CEO who is going to lead the city with the mayor and councillors will be able to focus on the positive and move forward, as opposed to dealing with matters from the past,” he said.

“Structurally, we have made some significant senior personnel changes; we have reduced the executive team from six to five, and also our third-tier managers have been reduced from 35 positions down to 17.

“We’ve really streamlined the actual structure, but also we’ve reduced the overall headcount by about 100 staff to free-up some recurrent expenditure for worthwhile programs and projects.”

Mr Hammond said the key priority for the new chief executive would be achieving a suitable outcome in a Perth City Deal that would benefit all of the stakeholders involved.

Negotiations are under way at federal, state and government levels on the Perth City Deal, which is expected to facilitate a new era of growth in the Western Australian capital.

“The Perth City Deal is going to provide some game-changing projects for the city,” Mr Hammond said.

“The commissioners have made no secret of the fact that there needs to be another 20,000 to 25,000 people living in the CBD.

“If we can reach that critical mass of people then the sustainability of our core retail area will be much better.

“The activation around our streets, community safety and the general feel of the city will be much better.

“We have made it clear to the state and federal governments that we believe any city deal project needs to stimulate population growth, and we are quite confident that it will do that, so then it’s a challenge for the CEO to get involved and make sure we can get that outcome.”

Mr Hammond said he expected a new chief executive would be selected by April and begin in the role around July.

Mr Templeman said he made the decision to dissolve the council because the depth and breadth of the inquiry into its behaviour necessitated more time than the maximum two years a council was allowed to be suspended for under the Local Government Act.