Conditions are ripe for the final piece of Bunbury’s harbour relocation. 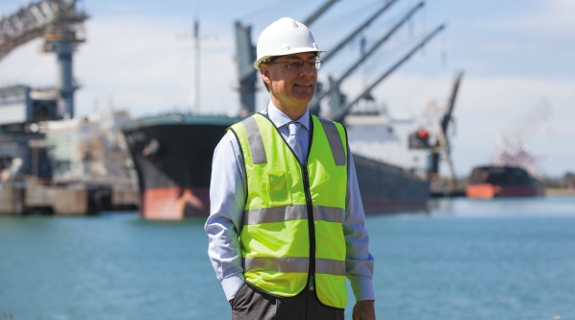 Conditions are ripe for the final piece of Bunbury’s harbour relocation.

A transformational waterfront development proposed for Bunbury could be the catalyst for a significant expansion of the city’s inner harbour, one of the state’s most important regional export hubs.

The South West Development Commission launched a public consultation process for the sweeping changes earlier this month, which include potential high-rise development and enhancement of the existing Casuarina boat harbour, as well as some associated works on nearby Koombana Bay.

While the proposals viewed by Business News do not include the last working area of Bunbury’s long-standing outer harbour, the port’s governing authority recognises the public desire to shift from the last remaining elements of the original port between Point Casuarina and Point McKenna, which has become isolated from new inner harbour created in the 1960s.

“There is lot’s a pressure from the community to vacate the outer harbour,” Southern Ports Authority CEO Nicolas Fertin told Business News during a recent tour of the Bunbury facility.

“They want us to finish what was started 50 years ago.”

Not only is a Hillarys-type marina envisaged, security around the harbour means access to a once-popular surfing area has been difficult for the past decade.

However, leaving the peninsula for good is not that simple.

The outer harbour still plays an important part in the area’s transport mix, notably home to several methanol tanks serving the region’s wood laminating sector as well as other ad hoc uses, including a home for the Port of Bunbury’s tug boats.

Fortunately, the port authority has a plan, which may prove the ultimate trade in goodwill between it and Bunbury’s burgeoning residential population.

Southern Ports will be seeking community support for a major expansion of the inner harbour, which will provide for a more than doubling of the existing port capacity if approved.

It is set to embark on the next phase of an approvals process for a $300 million expansion project, which would bring the inner harbour basin nearly a kilometre further into a massive 350-hectare area of swampland, creating capacity for up to eight new berths on top of the five currently capable of taking Panamax-size ships.

A river (which has been realigned twice in the past) would be rerouted to accommodate the changes, which, despite their scale, would still leave the port’s operations well away from residential areas or other conflicts of land use.

Mr Fertin, an experienced land transport and port logistics executive who took the helm at the newly created Southern Ports early this year, said Bunbury was fortunate to have benefited from great foresight in past planning for the harbour.

“When I arrived here I was surprised and very pleased with the boundaries and corridors that were planned long ago,” he said.

Bunbury is one of the state’s most diversified ports, a strength Mr Fertin believes has helped insulate the local economy from more volatile economic cycles and ensured the constant growth that now makes the next expansion logical.

The biggest port users are Alcoa of Australia and South32’s Worsley operation, which import caustic soda and export alumina. Others include woodchip exporters such as WA Plantation Resources and US agribusiness group Bunge, which recently returned grain handling to Bunbury after a 36-year absence.

Mr Fertin points to the Bunge operations, which share a berth with WA Plantation Resources, as the kind of complementary use that has opened the wharf up to other similar commodity exports in an operation run by QUBE Holdings. It is this kind of sharing that will provide the demand for expansion, as there are rarely new single users that have the throughput needed to monopolise a berth.

“With ports it is always a step change,” Mr Fertin said.

“If you don’t provide step change you don’t get the trade.”

In order to overcome this barrier, the port authority is currently trying to muster interest from existing or potential exporters in the region, hoping to attract their interest in shipping out of Bunbury by reducing the land journey currently required.

That includes the possibility of a container port to assist specialist exporters such as those with refrigeration needs as well as businesses in the region looking to import.

Mr Fertin noted that Bunbury may offer exporters the possibility of smaller, more frequent ships which can travel direct to shallow water ports in the region, allowing more direct access to markets and saving time and cost due to transfers required when bigger vessels were used. 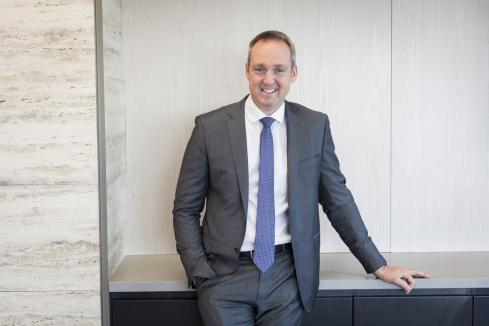 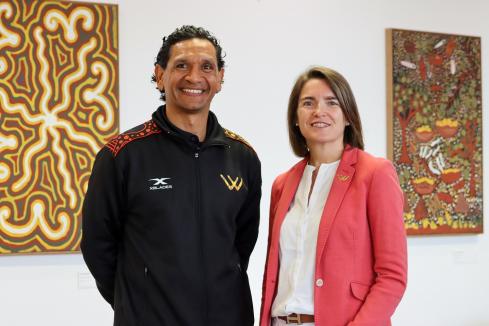