City of Perth Surf Life Saving Club is anticipating membership growth of nearly 50 per cent over the next season as it makes itself at home in swish new premises. 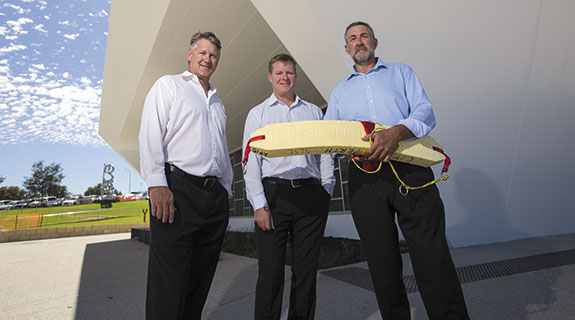 City of Perth Surf Life Saving Club is anticipating membership growth of nearly 50 per cent over the next season as it makes itself at home in swish new premises.

However, the process of paying off the spectacular new venue is not over.

City of Perth SLSC president Grant Trew said the new facilities and expected increase in membership had prompted the club to appoint a full-time general manager and restructure the way it operates in order to deal with what is a new era at the club.

Mr Trew said the club’s membership of 1,300 was likely to rise to 2,000 as both traditional surf life savers and other community members realised the benefits of using the new City Beach facilities, which include a state-of-the-art gym, members’ lounge and multi-configuration seminar facilities.

Part of the change will be electronic entry and cashless payments, to modernise member and financial management.

“You have to change the business model … there is much more community involvement,” Mr Trew said.

The club is undergoing the main part of a $1.2 million fit-out overseen by Zebra Creative, which is also rebranding the club, as part of the redevelopment.

The fit-out budget does not include a new kitchen facility, so the club is still seeking public contributions to meet this commitment, pay off a soft loan from benefactor Maxima CEO John Hutton, and fund additional works.

The club’s new $7.5 million facility is part of a $20 million redevelopment funded predominantly by the Town of Cambridge and the state government, including the Department of Sport & Recreation.

In recent weeks, restaurant Odyssea has opened and two other restaurant venues, including The Hamptons, are in the process of fitting out their premises, adding significant community attractions to the beach, alongside the existing Clancy’s Fish Pub in a building developed 15 years ago.