Deputy Prime Minister Barnaby Joyce may become the fifth federal politician to be removed from parliament for holding dual citizenship, after New Zealand's prime minister said Mr Joyce was a citizen of the country. 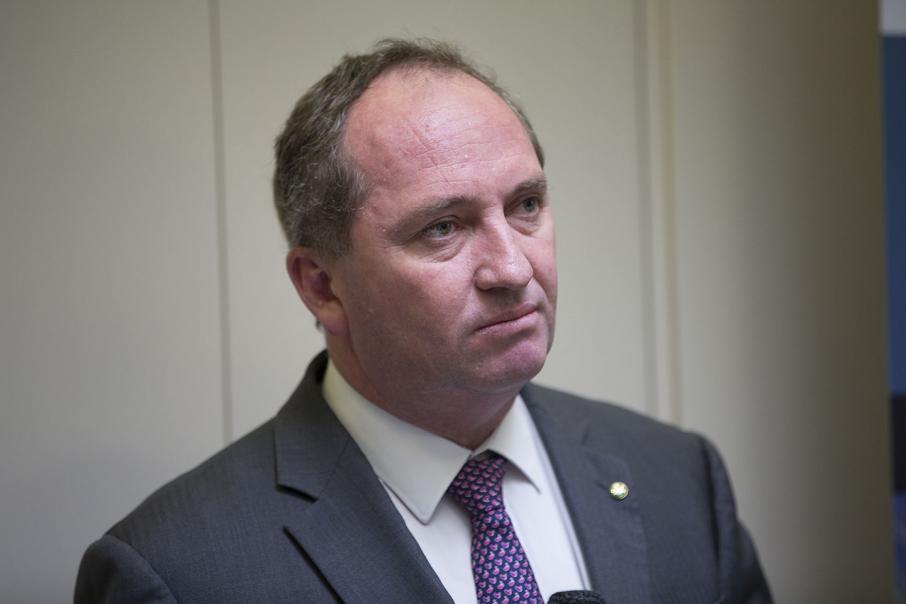 Barnaby Joyce has revealed he may be a New Zealand citizen.

Deputy Prime Minister Barnaby Joyce may become become the fifth federal politician to be removed from parliament for holding dual citizenship, after New Zealand's prime minister said Mr Joyce was a citizen of that country.

The Nationals leader told parliament today he had been contacted by the New Zealand High Commission last week to advise him that he may be a citizen of NZ by descent.

“Needless to say I was shocked to have received this information. I’ve always been an Australian citizen, born in Tamworth just as my mother (was), and my great grandmother was born there 100 years earlier,” he said.

“Neither I nor my parents have ever had any reason to believe that I may be a citizen of any other country.

“My father, who was born in New Zealand, came to Australia in 1947 as a British subject.”

Mr Joyce said based on legal advice from the solicitor-general, the federal government was of the view he has not breached section 44 of the constitution, which bars dual citizens from sitting in parliament.

However, Mr Joyce has asked the government to refer the matter to the High Court.

"Given the strength of the legal advice the government has received, the prime minister has asked that I remain deputy prime minister and continue my ministerial duties," Mr Joyce said in parliament.

That was backed by the country's internal affairs minister, Peter Dunne.

Speculation over a number of MPs citizenship has plagued both the House of Representatives and the Senate since Greens MPs Scott Ludlam and Larissa Waters both resigned after discovering they were dual citizens.

Coalition MP Matt Canavan shortly followed after was forced to resign from cabinet amid uncertainty over his Italian dual citizenship.