Citation Resources’ 40 per cent-owned subsidiary Pearl Global has struck a heads of agreement with a Singaporean renewable energy company to fund the development of up to 50 tyre recycling plants across Asia. 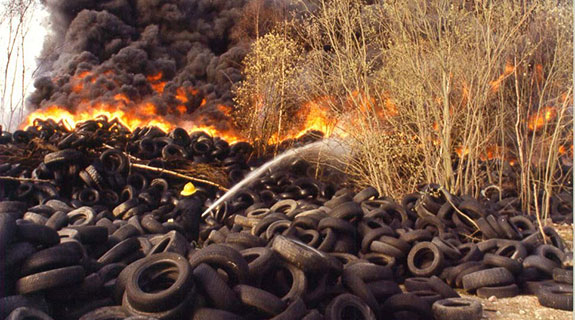 Citation Resources’ 40 per cent-owned subsidiary Pearl Global has struck a heads of agreement with a Singaporean renewable energy company to fund the development of up to 50 tyre recycling plants across Asia.

Under the agreement, Citation and Pearl will enter into a joint venture with Centricity Corporation, with the aim of developing Pearl’s thermal desorption plants in Asia (excluding Japan).

As part of the deal, Centricity will provide a $US100 million facility to fund the rollout of an initial 50 plants throughout Asia, with initial plants to be established in Malaysia, Indonesia, Vietnam, Singapore and Brunei.

“Under the joint venture, Centricity and its local partners will supply site locations, logistics, tyre supply and, importantly, will utilise its existing relationships and offtake arrangements with current carbon black end users, including an existing major Asia-based tyre manufacturer,” Citation said in a statement.

“Upon completion of the initial exclusivity period, Centricity will negotiate a strategic equity investment in Citation.”

Citation director Victor Turco said the company was pleased to be able to address the growing problem of used tyres throughout the Asian region with a strong partner already well positioned within the sector.

“Asia has a significant problem, no more evidenced than the Malaysian government’s recent decision in October 2014, to shut down more than 25 so-called tyre-derived fuel plants due to pluming toxic emissions and unsafe work practices,” he said.

“The impact of the Malaysian plants closures has caused an oversupply of used tyre stock here in Australia.

“According to the Australian Tyre Recyclers Association report of February 2015, the bulk of Australia’s end of life tyres are used as a replacement fuel for thermal coal and burnt in cement kilns and pyrolysis plants in offshore markets, 70 per cent of which are Malaysian.”

Citation acquired an initial 40 per cent in Pearl in November last year, and has the option to wholly acquire the business, subject to ASX listing rules.

Citation completed a $6.18 million capital raising at the time of the acquisition, and also injected $3 million into Pearl.

Mr Turco was also appointed to Citation’s board as a representative for Pearl, replacing Brett Mitchell who resigned.

Pearl has an operational plant in Bindoon, which is being tested by the environmental watchdog and the University of Western Australia for emissions and other environmental factors.

Shares in Citation were 3 per cent higher to 6.7 cents each at the close.