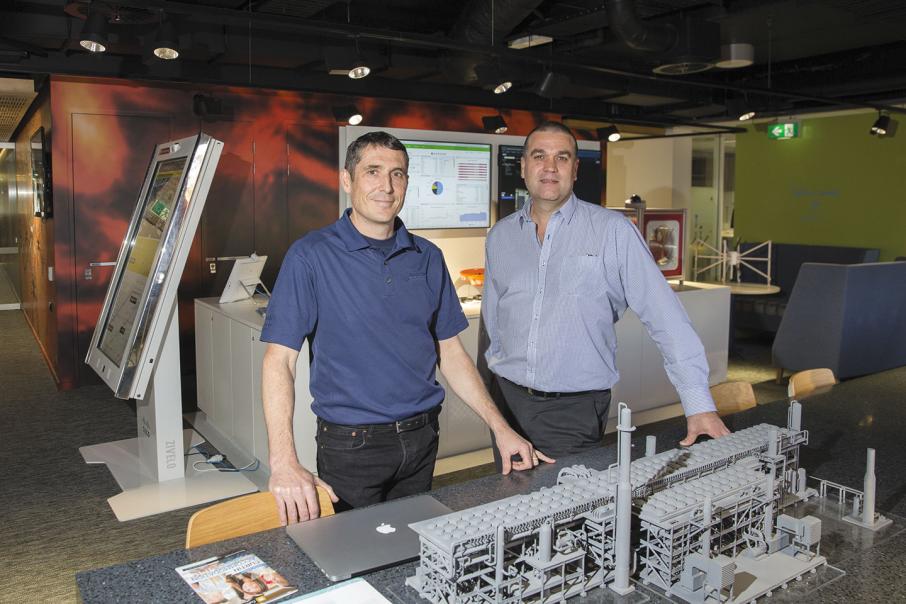 The Cisco Internet of Everything Innovation Centre opened its doors in January after gaining backing from global technology company Cisco Systems, Woodside Petroleum, and Curtin.

The three partners have collectively committed $30 million in cash, equipment and in-kind support over five years.

Since January, the centre has engaged with 80 different organisations and has 29 workshops and projects in place or upcoming.

The projects are in industries as diverse as aged care, transportation, broadacre farming, energy, property management, petroleum production and astronomy.

Curtin University’s director strategic projects, Paul Nicholls, said while the university had always focused on industry engagement, the Cisco centre was taking it to a new level.

“We’re getting into conversations with industry that are far more real and relevant and applied than we’ve ever had before,” Mr Nicholls told Business News.

“This is about bringing together organisations that wouldn’t normally meet each other and help them understand the challenges they face are actually very similar,” he said.

“By having it here, people are happy to come along and talk.”

The Cisco centre takes advantage of unique infrastructure at Curtin, notably the Pawsey super computer – one of only two publicly owned super computers in Australia available for research activity.

The Pawsey super computer was built in Perth to support the planned Square Kilometre Array, an international science project that will be the world’s largest and most sensitive radio telescope.

A large part of the SKA will be built 380 kilometres inland from Geraldton, where the Murchison Widefield Array radio telescope is already established.

The remote site was chosen because it is extraordinarily ‘quiet’, with very low radio frequency interference. However the location also creates challenges in managing the huge volume of data to be produced by the SKA.

The Cisco centre is developing new technology to help manage the data in a reliable and cost effective manner.

This includes using remote software correlation to manage the signals from the millions of antenna that will make up the SKA – a big change from the use of a shielded control room near the antenna array.

Mr Nicholls said the SKA was effectively the world’s largest internet of everything project, bringing together multiple sensors, huge amounts of data, and people with expertise in fields such as computational science and data analytics

“People looked at the problems being tackled in astronomy and asked if the same can be applied to industry – pattern recognition, data comprehension, correlation – they are the same things that happen in industrial plants,” he said.

Mr Nicholls said this was particularly relevant in Western Australia, where there was a growing trend towards remote operations and automation in the resources sector.

“How do we build networks and solutions to allow us to run all the infrastructure securely from Perth?” he asked.

Mr Goerke said the centre was an opportunity for Cisco to showcase its technology and capability, while also giving it an opportunity to find smart businesses it could partner with or invest in.

He said Woodside was also keen to boost industry collaboration.

He said the two companies also recognised the disruptive effect of new technology.

“Cisco lives by the adage ‘be disruptive, embrace technology, because if you don’t, somebody else will’,” Mr Goerke said.

“Woodside is also a very innovative company and they want to be disruptive in their use of technology.

“They wanted a location where they can come and try things quickly and cheaply, and that allows us to make decisions on whether it will work or not.”

The centre’s biggest customers are Woodside and Curtin University, while others include aged care provider Bethanie, Main Roads WA, and Horizon Power.

Woodside is exploring the use of this technology to support the deployment of up to 200,000 sensors in LNG plants to monitor temperature and pressure.

Curtin University is evaluating the use of similar technology to monitor conditions such as carbon dioxide levels, acoustics, temperature, and light levels right across its campus.

This information will potentially be married with separate data on the number of people on campus (sourced from WiFi usage) to optimise building usage and building health.

Nedlands-based consultancy Data Into Profit is seeking to apply LoRa technology in the agriculture sector.

DiP has developed a range of in-field sensors that measure the likes of soil moisture, rainfall and temperature to help farmers maximise their yields.

It is currently working with the Cisco centre to evaluate the use of LoRa wireless technology in areas where broadacre farmers do not have mobile phone coverage.

Its goal is to leverage Cisco technology to enable organisations to gain remote access to complex data sets.

“It’s about broadening beyond resources but still playing to our expertise,” he said.