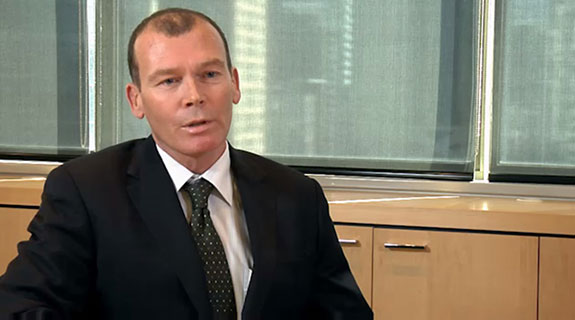 In a letter to shareholders today, Sedgman chairman Rob McDonald said he would oppose Cimic’s push for more board seats and its demand for direct involvement in the company’s decision making.

He also said Cimic didn’t advise the company of its intention to vote against the re-election of independent directors Philippe Etienne, Peter Richards and Bart Vogel, and against the company’s remuneration report, its long-term incentive plan, and the issue of securities to managing director Peter Watson.

It was a similar story at Macmahon, which was taken by surprise at its AGM early this month when Cimic voted its 19.5 per cent shareholding against adoption of the remuneration report and the re-election of non-executive director Giles Everist without clarification of its reasoning.

It baffled Macmahon chairman Jim Walker, who said the no-vote “really came out of left field”.

Macmahon had previously taken steps to change its remuneration policy in 2013 after recording a strike against its pay report.

Cimic also announced this month that it intends to make an offer to acquire all the shares it doesn’t already own in Brisbane-based real estate business Devine for 75 cents per share.

Cimic already owns a 50.6 per cent stake in Devine.

At Sedgman's AGM last month, six out of seven resolutions were not carried as a result of Cimic’s large influence on the votes, with the only resolution carried being the re-election of non-executive director Tony Jacobs.

“Cimic has made a number of demands of Sedgman, including the addition of another Cimic senior executive as a nominee to the board along with the removal of the company’s founding directors,” Mr McDonald told shareholders.

“Cimic is also seeking to limit the size of the board to five directors in total, including the managing director.

“If Cimic’s demands were agreed to, your company’s board would comprise two independent directors, two Cimic nominees and the managing director.”

Mr McDonald said Cimic hadn’t justified how its demands would add value to Sedgman shareholders, or whether there would be any change to the company’s strategy.

“The board has rejected Cimic’s demands and will continue moving to appoint additional independent directors,” he said.

Sedgman shares closed 1.7 per cent lower to 82 cents each.