Allegations that late High Court judge Lionel Murphy had been involved in a tax avoidance scheme in Western Australia are contained in classified documents considered by a Parliamentary Commission of Inquiry released in Canberra today. 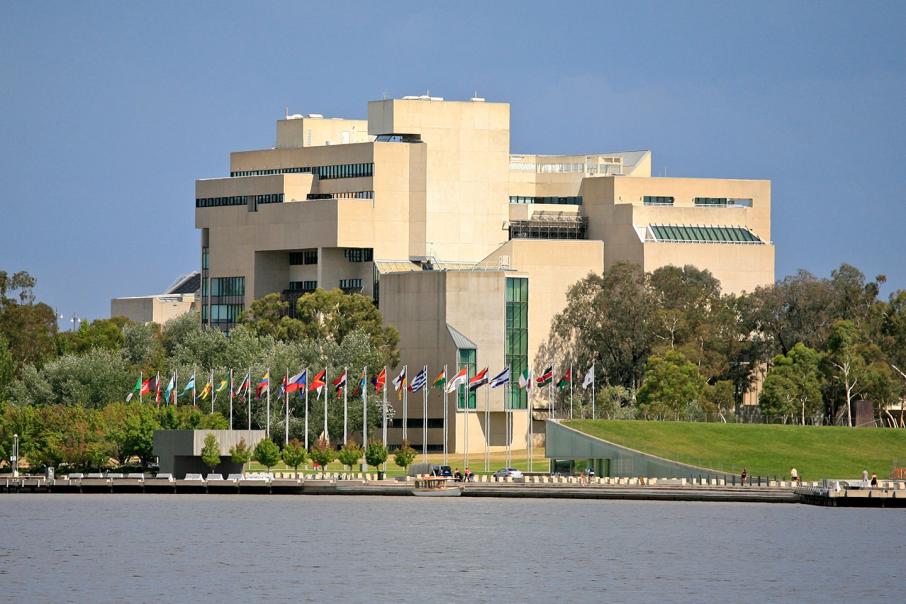 The High Court building in Canberra.

Allegations that late High Court judge Lionel Murphy had been involved in a tax avoidance scheme in Western Australia are contained in classified documents considered by a Parliamentary Commission of Inquiry released in Canberra today.

They provide a WA link in the activities of the controversial judge, who served as attorney general in the Whitlam Labor government before his appointment to the High Court in 1975. He died in office from cancer in 1986.

It was claimed that Murphy had been involved in the tax scheme in the late 1970s with Perth con man Christo Moll and prominent travel agent Murray Quartermaine, among others.

It was also alleged that Murphy’s wife, Ingrid, had either purchased, or been given a diamond by Moll. Associated documents included two diamond valuation certificates and a cheque butt of Molls and the name Mrs L Murphy, dated July 18 1979.

There was also a letter, allegedly written to Quartermaine by Michael Tiller, a participant in the scheme, and implicating the judge.

But the commission concluded that the documentation was unreliable, and possibly false, and written by Moll to discredit Quartermaine.

“In the light of these circumstances it is, in our view, impossible to conclude that there is any prima facie evidence of misbehaviour within the meaning of Section 72 of the Constitution and we recommend that the matters be taken no further,” the commission said.

It also noted there was nothing to show that Mrs Murphy got any money or the diamonds.

The commission document said: “As it turned out Quartermaine hated Moll and took Moll to the WA Supreme Court to recover a pile of money. Moll fled the country straight after he lost the court case and was never seen in Perth again.

“Quartermaine was murdered in South Perth in 2011 by Ms Valentina Starbach, a young schizophrenic because she thought he was a paedophile.”

Quartermaine ran one of WA’s biggest travel agencies in the 1980s and was involved in business dealings with the late entrepreneur, Alan Bond, including seeking to export Tooheys beer to Britain. Mr Bond helped Quartermaine in the unsuccessful pursuit of Moll.

The Hawke government established the commission of inquiry in 1986 following fresh allegations, after two trials on charges of attempting to pervert the course of justice resulted in his acquittal. But the inquiry was called off when it was disclosed that Murphy had only months to live.