Despite a tough economic climate and an increasing number of people in need, charity Christmas appeals are still finding support. 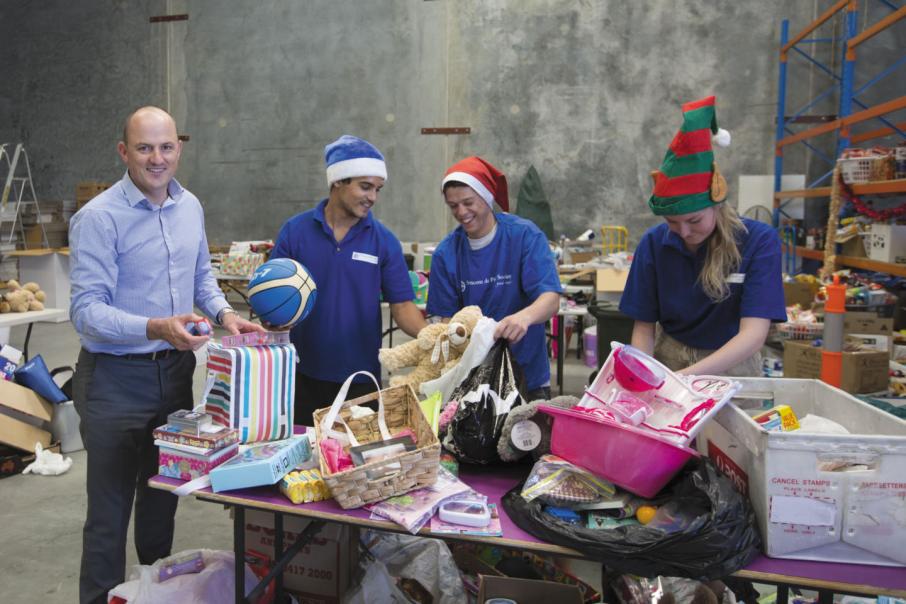 Despite a tough economic climate and an increasing number of people in need, charity Christmas appeals are still finding support.

The state’s largest emergency relief provider assisted more than 48,000 individuals during the past financial year, according to St Vincent De Paul Society WA CEO Mark Fitzpatrick, a 30 per cent increase on the previous 12 months.

But Christmas this year could be a bleak time for even more families in WA, unless organisations like Vinnies continued to knock on doors armed with food and gifts.

“I think that’s going to translate into a pretty bleak Christmas for a number of families, unless organisations like Vinnies can knock on their doors with some food and toys for the kids,” Mr Fitzpatrick told Business News.

“Christmas is not the best time of year for everybody, so we’re expecting to pack more than 2,500 hampers this year with something symbolic of the season to give those less fortunate a bit of Christmas spirit.”

During the Christmas period, Vinnies volunteers will take up to 200 phone calls a day from individuals and families requesting assistance, even providing funds to assist with overdue bills.

Mr Fitzpatrick said the organisation’s local partnerships with schools, IGA and businesses such as Crown, which donated food, had been valuable in spreading awareness and maintaining high levels of support despite a drop in disposable income for many Western Australian families.

“Some people who have traditionally donated cash, who perhaps now don’t have the financial resources, support us more through volunteering,” he said.

“And then we’re seeing other donors actually putting in a little more this Christmas because they are seeing so many people doing it tough.”

UnitingCare (West) chief executive Sue Ash said the charity’s Christmas appeals would not have been as successful without its national affiliation with Target, which had collected over 2 million gifts in the past 24 years.

“Target gives us scale and the opportunity to be part of something much bigger than our organisation,” Ms Ash told Business News.

“You choose your partners wisely; you want to share values and a commitment to something greater than just the business or fundraising success.”

“Across Australia we have raised as much in the first month this year as we did in the whole appeal last year,” she said.

“People want to make a contribution to the degree that they are able to, and the cash gives flexibility and choice for both donors and recipients.”

Anglicare WA director of marketing and partnerships, Carrick Robinson, said cash donations were becoming increasingly popular via its Wish Givers campaign, which gave the freedom for those in need to use donations for things like fuel and various bills.

“Sometimes Christmas hampers aren’t really appropriate and this is the driver behind the Wish Givers – to provide flexibility,” Mr Robinson told Business News.

Alongside its Wish Givers campaign, Anglicare WA is celebrating its fourth year of the Hawaiian Giving Box partnership, which also directs food donations to Food Bank.

In 2015, a combined total of 57 shopping trolleys full of an estimated 6,500 gifts were accumulated from Hawaiian office buildings and shopping centres across the state.

“Hawaiian is a corporate with such incredible geographic spread and business and consumer touchpoints,” Mr Robinson said.

“Given the amount of not for profits and charities in WA, the ability to promote our brand through Hawaiian is just priceless in terms of value to us.”

Mr Robinson said the main challenge of running a Christmas appeal was getting the message out there.

“Gone are the days of shaking tins out on the street leading up to Christmas; you’ve got to be strategic in your approach,” he said.

“We’re also active and consistent in evidencing our work and reassuring our donors of the outcomes.”

Mr Robinson said although the underlying idea of a Christmas appeal was nothing new, Anglicare WA had increased its focus on its planning of communication delivery and the timing of launching its appeals to ensure the charity remained top of mind for supporters.

Like Anglicare WA, The Smith Family general manager WA Lorna Woodley said it was important the organisation subtly changed its messaging for each campaign to remain fresh in people’s minds.

“It can be a bit like white noise if it’s the same message all the time – people don’t hear it anymore,” Ms Woodley told Business News.

“You need to change the look and target of your appeal, and have a new story to go with it.

“You’re not only competing with other charities, but other stories that catch the attention of the public.”

Ms Woodley said the fact that The Smith Family was the only charity in Australia solely focused on empowering the education of disadvantaged young children also helped its Christmas appeals stand out.

This year the charity is hoping to raise $3.66 million Australia wide to provide more than 8,000 children access to its learning clubs.

Ms Woodley said the appeal had already raised more than $1 million and was on track to securing the full amount by the end of the year.

“Supporting education is more than just what happens in the classroom – it’s also about enabling positive experiences in the home and community which allow young people to feel included,” she said.

“We recognise that, at Christmas, these disadvantaged children are often made to feel even more different from their peers so we also distribute gifts through our Toy and Book appeal.

“We ask local businesses and the community to donate items and volunteer to pack or deliver them.”

Ms Woodley said community volunteers and employees from its 20 local corporate partners aimed to pack 140 gifts a day at a packing-base at Claremont Showground in order to distribute 1,700 gifts to 787 WA families before Christmas.

“For things like our Toy and Book appeal there is more to it than just the benefit of their employees providing us with a free labor force,” she said.

“There are obviously financial benefits if we enter a funding partnership, but partners are equally important in getting our message out there beyond the boardroom to employees as well.

“The volunteer experience and promotion in the workplace may then encourage staff members to become individual donors.”

UnitingCare West’s Ms Ash said despite the saturation of charitable campaigns running at Christmas, the ultimate end-goal was to encourage giving.

“As much as this space looks competitive, it isn’t about being the most successful fundraiser – it’s about building the charitable giving of our community,” she said.

“Even though some have very little to give, people want to support others in any way they can – financially, volunteering to wrap presents or making up food hampers.

“I think we underestimate people’s hearts.” 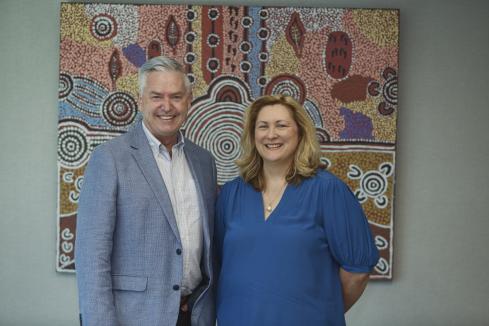