Lasting progress on social issues can only be achieved by leaders who are willing to have honest and tough conversations. 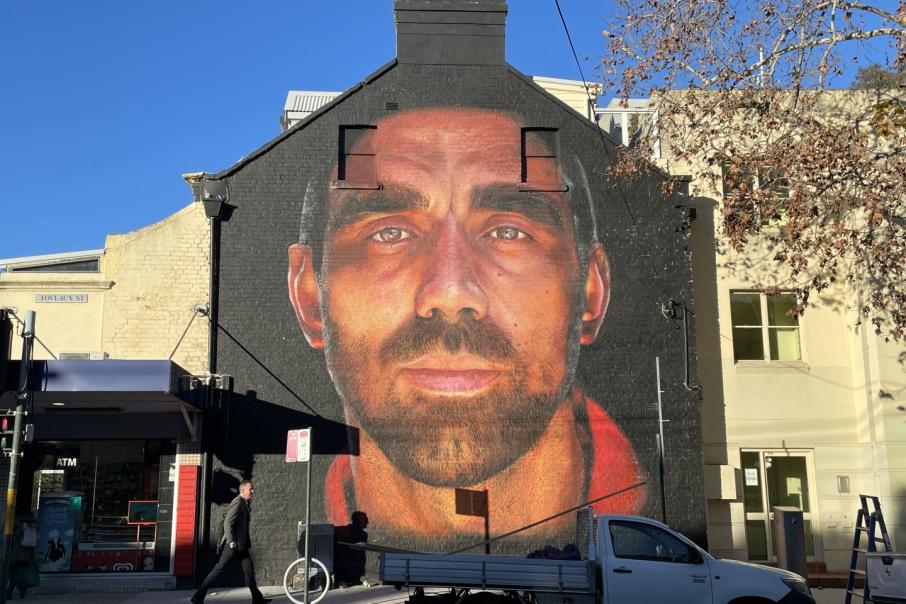 It takes a certain vulnerability to sit in the truth of our country’s history.

Given that challenge, this article may be uncomfortable reading for some, given many of us have been the beneficiaries of this stolen land and the prevailing white hegemony that engulfs us from coast to coast.

I am sure, however, that discomfort pales in comparison to the genocide and colonial violence lived by generations of indigenous Australians, by our ancestors’ gross malfeasance and its lingering presence in Australia today.

The public has recently learned that Adam Goodes declined his induction into the Australian Football Hall of Fame earlier this year. This decision by the two-time Brownlow medallist, who was racially abused during the last two years of his career, has led to a surge of headlines and articles with narratives like ‘we understand but what a national shame’.

The articles expressed the AFL’s regret for not standing by Goodes during the years he faced abuse and the opinion that the apology given in 2019 was far too late.

AFL chief executive Gillon McLachlan, told Melbourne radio station 3AW that: “We understand and respect his choice … I think everyone hopes there’s a time in the future when he wants to be connected to the game again, but it’s got to be when he’s ready.

But does time heal experiences like Goodes’ when racism and violence still linger and continue to permeate our country? Are we being truthful when we say we understand?

Are we calling it a ‘national shame’ simply because Goodes’ decision to decline the Hall of Fame invitation has brought the issue to the fore again?

Perhaps the real shame is that so little has been done to address the issue, re-examine the past and plan a way forward.

Goodes’ decision to refuse an induction by an institution that failed him reflects the ugly truth of our history: that our ancestors took egregious actions, driven by self-interest and misconstrued concepts of species advancement, and time simply does not heal the attempted destruction and dehumanisation of an entire population.

An apology, an acknowledgement or an award from those still benefiting from colonisation will perhaps never be enough to heal the trauma of generations of indigenous Australians. And that is an uncomfortable reality we have to sit with.

To sit with that truth requires vulnerable leadership; a leadership style we are not seeing in the AFL, or in Australia at large.

In the wake of Collingwood’s Do Better report, which shone a harsh light on the systemic racism at the club, and started a chain of events that led to Eddie McGuire’s resignation as president, no leaders stood up to face the mistakes or the experiences of indigenous AFL players.

Instead, leaders including Mr McLachlan spoke measuredly, being careful not to rock the boat so that self-interest could prevail. We are in need of vulnerable leaders who can relinquish the walls that have been built to keep their interests safe. Leaders who can hold space for honest and tough conversations, leaders who can accept that holding space for healing and an unknown path forward will come with more ownership of wrongdoings.

Most importantly, we need leaders who will fight for the truth of this country to triumph.

We need those leaders to emerge because there is a big contradiction in Australia that needs rewiring; a contradiction put perfectly into song by Ziggy Ramo.

“How can you stomach Australia’s contradiction? We went to war in 1945, we were allies against a terrible genocide. And I know it’s uncomfortable but the irony I see is that you fought for them, but you don’t fight for me.”

An induction into a Hall of Fame, an apology by a governing body, the resignation of a club president or a once-off indigenous uniform holds little significance if we don’t fix this contradiction that envelops this country. How do we do this? We need to listen deeply, we need to lead vulnerably and, perhaps at the most radical yet sensible end of the solution spectrum, we need to hand over sovereignty that was never ceded.