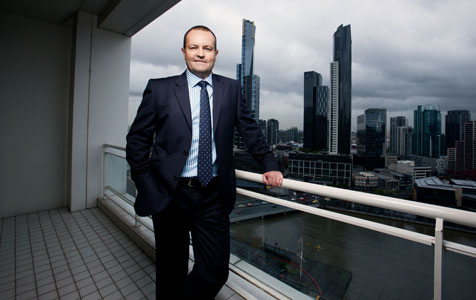 Hotel franchisor Choice Hotels says it is keen to double its number of hotel rooms in Western Australia over the next five years.

Choice, which is the franchisor for the Econolodge, Quality Inn, Clarion and Comfort Inn brands, as well as boutique hotel group Ascend Hotel Collection, currently has 19 properties in WA, totalling about 1,000 rooms.

Choice Hotels chief executive Trent Fraser told Business News the group would like to double that inventory by 2018.

Mr Fraser said Choice was targeting a number of different areas for growth in WA, with a particular focus on the group’s Ascend brand, which was launched earlier this year.

“We’ve got four properties in that collection at the moment, but none over in Western Australia, so we see there could be opportunity there because there are a number of hotels in that mid to high-end of the market that operate independently that would be a really good fit,” he said.

“(Ascend) is really built for properties that are unique, boutique or historic, that really wouldn’t fit in one of our traditional brands, or any hotel brand for that matter.

“This allows them to trade and to operate almost as an independent from a branding point of view, so they can keep their own reputation and brand they have built up over time, as well as their unique positioning in the market, but then leverage off us through the Ascend Collection for all the distribution and sales and marketing benefits.”

Mr Fraser said the group would also target expansion of the lower-priced Econolodge chain, with the company set to announce its first WA franchise under that brand in the South West in coming weeks.

He said the time was right to expand the group’s presence in WA, after a challenging couple of years for hotel operators.

“We’re optimistic about the future about the South West, we are seeing that part of WA with brighter future and brighter prospects ahead,” Mr Fraser said.

“What we like to have is a position or an inventory in most centres where people will want to travel to or stopover, and we’ve got the range of brands to be able to offer that at different price points and different service levels as well.

“Some further easing in the currency would certainly help, but we’re thinking that there are opportunities to build relationships now and make them really successful over the next couple of years.”

Mr Fraser was in Perth last week as part of the group’s ‘head office to front desk’ initiative, under which 60 head office staff were sent to different hotels across the country to work in operational roles.

He spent the day at the Comfort Inn on Hay Street, which was named the Choice group’s top Comfort hotel of the year for Australia and New Zealand at a recent conference.

“It was a good refresher and gave me another perspective of the property,” Mr Fraser said.

“Half of our team in the head office have come from industries outside of hotels, which is a good thing as it gives us a really good mix of backgrounds and experiences, but it struck me that they’d never had a day in the shoes of our customers, who are our franchisees and hotel owners.

“I am a hotel person, but it reminded of the challenges of the day-to-day operations and how every day is so very different at a hotel level.”