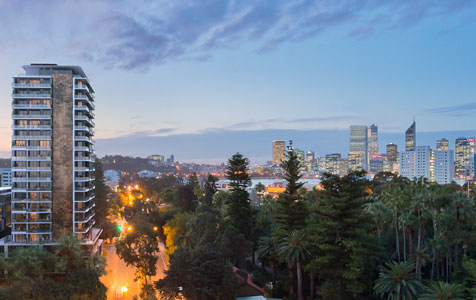 An artist's impression of the Pinnacle apartment project.

The project, which will be located on the corner of Charles Street and Labouchere Road, is scheduled to be complete by 2016, with construction set to start within months

The apartment tower, Pinnacle, has been designed by architecture firm Hassell and will comprise 102 apartments, while the office tower will include retail space along Charles Street.

The apartments will be put to market by Colliers International and Dempsey Real Estate, while the commercial space will be brokered through Knight Frank and Ron Farris Real Estate.

Ms Chin said the developer was planning further projects in WA, with two other sites purchased in recent months.

JiaHe Jian Group has developed more than 7,000 apartments in China, focusing on the city of Shenzhen, north of Hong Kong.

“This is a company that puts significant thought and planning into its apartment developments – everything from location, to size, to construction, to standard of finishes – and is committed to delivering top quality homes that people value and enjoy living in,” Ms Chin said.

“That they have selected Perth as the site of their first overseas investment and development, and are already planning more, speaks to the confidence they have in our market and the opportunities they see for quality residential offerings here.”

The development is the second large apartment and office project launched in South Perth in recent months, following Finbar Group’s $300 million plan at the Civic Triangle site on Labouchere Road.

Finbar is planning a 30-storey, 295-apartment residential tower with commercial and retail space on the ground level, including a 2,500 square metre supermarket.

The apartment developer purchased the Civic Triangle development site for $27.3 million, in a transaction brokered by commercial agency JLL.