China's One Belt, One Road Initiative – What does it mean for Western Australia?

Asia-Pacific infrastructure is booming. In Australia, little is made of China's vast One Belt, One Road Initiative. The initiative revives and connects ancient trading routes and will drive huge growth in Chinese investment and infrastructure until the mid-2020s. How does WA fit in? 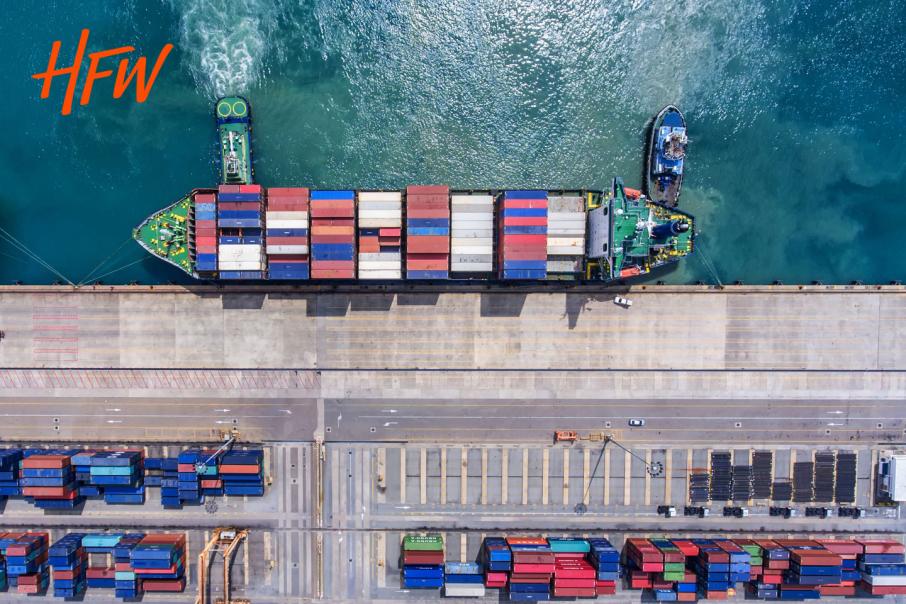 Asia-Pacific infrastructure is booming. In Australia, little is made of China's vast One Belt, One Road Initiative. The initiative revives and connects ancient trading routes and will drive huge growth in Chinese investment and infrastructure until the mid-2020s. How does WA fit in?

In September 2013, China's president Xi Jinping heralded a new economic and strategic agenda for the world's most populous country. The grand vision set out was a transnational infrastructure and investment project entitled 'One Belt, One Road' (OBOR). Just as the original Silk Road played a key role in economic, cultural and political developments from the 2nd century BC Han Dynasty to the 15th century Mongol Empire, OBOR links China's modern industrial might with the West's insatiable demand for imports.

Sometimes referred to as China's "Belt and Road Initiative", OBOR is two-pronged. First, a "Silk Road Economic Belt" comprises a series of overland trade corridors from China's western provinces through central Asia to Europe. Second, a "21st Century Maritime Silk Road" refers to the development of ports and hubs linking Malaysia, Indonesia, Bangladesh, Sri Lanka, Myanmar, Pakistan, Kenya, Tanzania, Oman and Djibouti.  As maritime transport is still the backbone of the world economy, OBOR effectively provides China with a trading route westward across the Indian Ocean to the Suez Canal. European gateway ports such as Piraeus, Greece - already controlled by the Chinese shipping group COSCO – are then readily accessible and Europe on the doorstep.

What has happened since?

In the years since China's aspirations were revealed a number of infrastructure projects were realised. These are mostly on or in proximity to the main trading routes such as a China-Belarus industrial estate, bridge and railway projects in Bangladesh and a China-Laos railway. The Australian government's reaction to OBOR was, and continues to be, one of hesitant optimism. Initially, businesses, banks and law firms were outspoken proponents of the OBOR initiative as an economic opportunity for the country.

How has Australia faired?

It is hard to gauge what direct effect OBOR projects have had on Australia's export volume. Generally speaking, over the last six years exports from Australia to China have increased, such as copper and iron ore – two big Australian exports by volume. As China's infrastructure spending drives commodity demand, it seems reasonable to conclude that Australian mineral exporters have benefit from OBOR.

Australia has always sat outside the trading routes and has therefore not been part of the sweeping OBOR bilateral and multi-lateral agreements. Recently, OBOR has morphed from a series of infrastructure and investment projects in and around the trading routes to encompass something resembling a global vision or blueprint to further Chinese economic and foreign policy goals. OBOR is now synonymous with major Chinese-led investment and Australian transport, energy and communications infrastructure. For example, a planned Chinese-funded Queensland theme park was branded a "key cultural trade and investment project" of the OBOR initiative.

As recently as June 2019, China extended an opportunity to WA to be part of the Belt and Road Initiative. WA consul-general Dong Zhi Hua revealed the benefits that would start flowing if WA was to sign up to deals with Chinese controlled entities:

"We can jointly build flagship projects featuring green energy such as LNG, lithium and hydrogen, which will contribute to energy security…what we need most now is trust, vision and action…I hope that the WA state government and business community will seize the historical opportunity presented by the Belt and Road Initiative..."

This seems squarely aimed at a WA government that has made it no secret that it wants to create jobs and diversify the state's economy. Premier McGowan responded quickly, echoing the Federal Government's stance by stating that WA would only consider projects on a case-by-case basis.

Over the last 15 years, China has been WA's number one trading partner. A staggering 25 per cent of the WA economy is trade with China. The WA-China trade situation then, is something of a paradox. A massive opportunity presents itself with our largest and most important trading partner, but one filled with challenge and uncertainty.

Aside from mineral exports, WA agriculture stands to benefit from OBOR. New infrastructure opens up locations in proximity to OBOR, meaning that Chinese imports from Australia can reach other countries faster by road or rail.

That said, WA has a significant opportunity – perhaps the opportunity of our lifetime – to consider select OBOR projects and in doing so, greatly expand economic engagement with the region. Along with continued mineral exports, this should include offering WA's products, skills and services to meet the inevitable demand for them.  For something so significant there has arguably been less coverage of OBOR in WA than elsewhere.